De Anza administration organized a space for post-election reflections to allow students and professors to express a diversity of emotions.

“We thought it was important that we have some space and some time together where we could talk with each other in an individual preliminary way about our own response, reactions, feelings about the election,” Murphy said while linking arms with Zárate, Cruz, and Hunter.

“This was intended to simply provide an informal gathering for us to talk with one another, particularly for those who didn’t have an opportunity really to talk with others very much.”

Attendees had 30 minutes to talk within their own groups before the mic was passed to anyone who wanted to speak.

Andrea, who did not give out her last name, is an undocumented student whose parents are from Peru. She was one of the people who stood up to speak at the event Andrea is able to work and study here because of Deferred Action of Childhood Arrivals, which allows over a million people to study in the United States, according to uscis.gov.

“The day after election day I went to my communities library and I got like twelve books based on political science and women’s leadership roles. My original major was psychology and development. Ever since the election, my life has changed. I’m going to devote myself to politics and political science,” she said, as the audience applauded. “I want to be a leader. I am a minority, I’m an illegal immigrant, sure.”

Isaiah Nengo, anthropology professor, immigrated from Kenya and said he had the fortune of knowing Barack Obama.

“What I see here is a struggle between two Americas. There is the ideal America. The America I love because I am American … And then there is the other America. The America that challenges the ideal. The ideals that are enshrined in the American constitution, that says that we shall be treated equally. We shall all be viewed equally. But we’ve always had a challenge to that. We’ve always had a challenge to that as a result of racism, as a result of sexism and other ideologies that make us think that we aren’t all equal.”

Nengo posed a question to the audience. “What we need to ask ourselves is ‘Which America do we want?’” 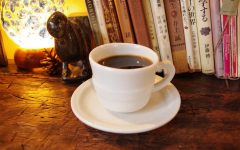 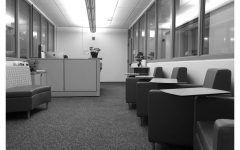 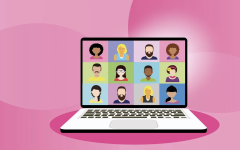 Women’s Studies help students and faculty navigate online, they have had practice