In 2011, students assembled at UC Davis for a peaceful protest. Frustrated with the demonstration, the school’s administration brought police officers clad in riot gear, who used pepper spray to disperse the protesters.

Later, according to a report by the Sacramento Bee, the school paid image consultants at least $175,000 to erase the event from the internet by obscuring information and evidence of the event from search engine results.

As someone who is currently deciding on where to transfer this fall, all of information regarding potential schools influence my decision. Students have the right to know if the school they plan on attending has a history of violence towards students (or any group of people, for that matter).

In the world of digital information, transparency should be the clarion call of the day for any university or government institution.

It’s understandable for an individual to pay money to have unpleasant results erased from the Internet. One mistake or event can unilaterally damage an individual’s reputation – especially with people hoping to land new jobs or enter the dating world.

At UC Davis, the use of pepper spray to remove peaceful protesters was already a hot button issue in and of itself. In a situation like this, UC Davis should have focused on solving the problem and moving forward. Attempting to suppress all signs of the event is akin to admitting their reluctance to enact change, wherein lies the real issue.

Hiding an event of this gravitas, especially one enabled by administrators in the first place, sends a negative message to students: The school’s reputation is more important to them than the safety and health of the students who are already there.

With a variety of laws such as the Digital Millennium Copyright Act, Google and other search engines have made it simple for individuals to request that information be removed from search results. Google’s website claims that they will immediately remove search results submitted by users if it falls under certain criteria including credit card information, sexually explicit images and other sensitive private information.

It’s not a university’s job to obfuscate but rather to reveal. Institutions of higher learning ought to never hide the truth – however unpleasant it might be. If they’re concerned about losing potential students as a result of their actions, then their focus should be on fixing the problems themselves, not the perceptions of their consumers.

Choosing a college or university to attend is a long and arduous process. As there exist many factors to consider during the admissions process, the concern of the safety or reliability of a school is completely valid.

Because of this, it is imperative that schools be transparent regarding the challenges or mistakes that they face, and implement whatever changes are needed to make the campus the best place possible for their students – none of this can effectively begin in a culture of secrecy and avoidance. 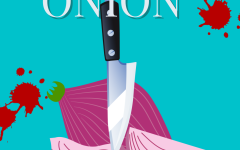