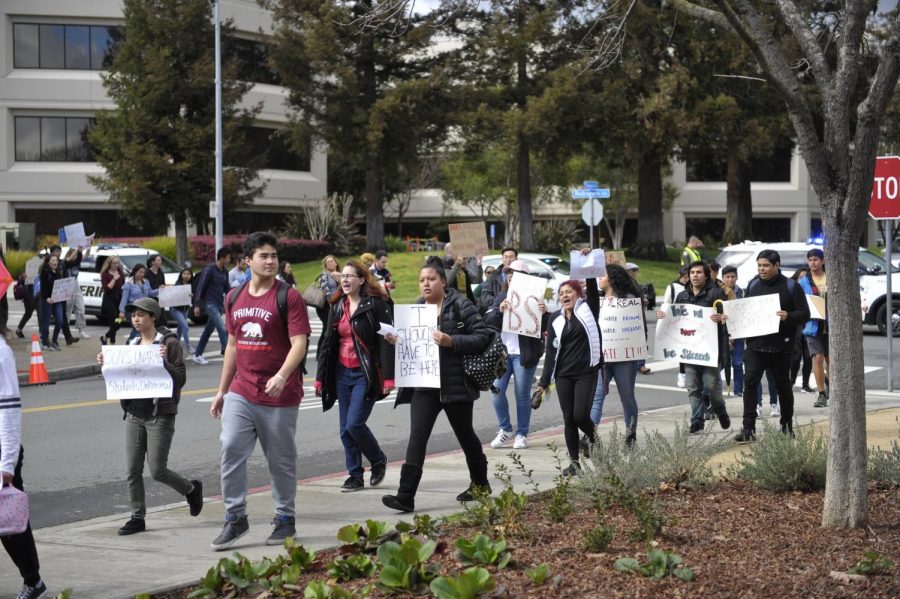 De Anza College students observed 17 minutes of silence to honor the 17 students killed in the mass school shooting in Parkland, Florida on Feb. 14.

About 50 college students from De Anza as well as middle college high school students gathered in the main quad and marched towards Cupertino City Hall, where they held a rally on March 14, one month later

April Nicholson, 20, political science major, spoke at the rally about her experiences with gun violence and advocated for gun control.

“I hope to get the people who are in Cupertino to mobilize to get gun laws here, and as I said in my speech, to be an example for the rest of both Silicon Valley, California and the United States,” Nicholson said.

“I think we need sensible gun control laws. We cannot have the kids being killed,” said economics professor, Ravjeet Singh.

The walkout and march happened on the same day as students across the country of all ages protested by leaving their classrooms to make a statement.

“I believe that we have a problem with gun violence in our country, and we young people need to do something about it, if the adults aren’t going to do anything about it,” said Jennifer Bell, 19, film and television production major.

At the end of the rally, organizers invited those gathered to participate in the local March for Our Lives taking place at San Jose City Hall on Saturday, March 24.