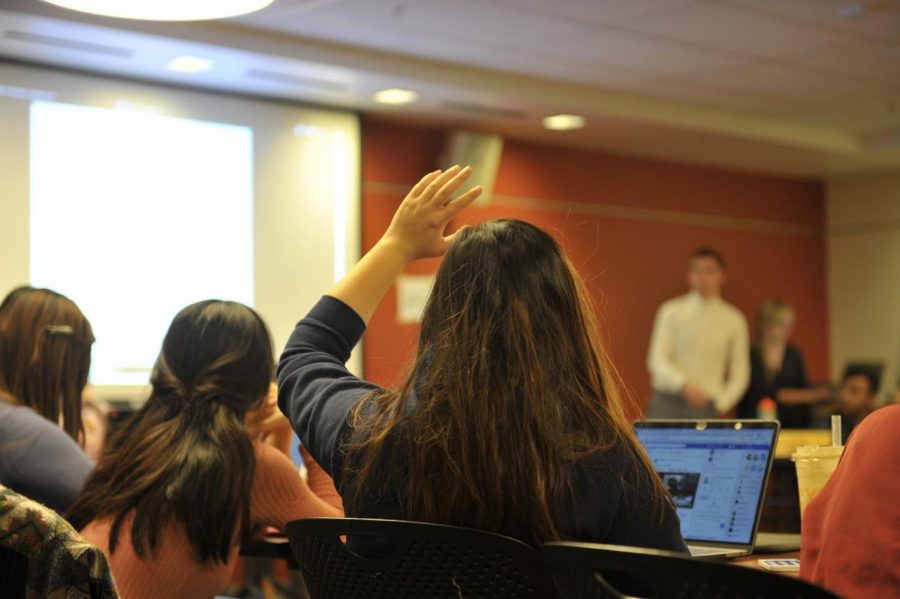 Yi-Baker said senators should not be intimidating or talking poorly about people considering running for a position.

“You are still representing the senate,” said Yi-Baker. “So the last thing I want to hear is that our current senators are violating campaign policies and making this an ugly election.”

The DASB Senate also approved of the Monarch Butterfly Conservation Area and the endorsement of the Ban the Bottles Resolutions.

Chair of environmental sustainability, Desiree Humphers, 21, behavioral science major, said that planned expansions to the Monarch Butterfly Conservation Area include more plants and butterflies, benches made of recycled material and signs for the garden.

Funding for the expansion will be up to $4,400 and will be taken from the DASB Eco Fund.

The Ban the Bottle Resolution supports the reduction of use and prohibition of sales of single-use plastic bottles on campus and DASB-endorsed events. It also encourages the use of reusable bottles and will increase awareness and accessibility of water refilling stations. Currently, it does not affect products in vending machines.

Humphers also said that future plans will expand on the resolution, providing students with alternatives to single-use bottles, assuring that all refilling stations are motion-sensored and creating more stations if required.

Senators also discussed changes to the election code, with new senators sworn in at the start of a new fiscal year, at the last meeting of the spring quarter. The reason for the proposed change is to provide a training period for new senators. A vote on the change will occur in a future meeting.

Chair of finance, Amanda Le, 21, business major, supports the change because the shift to a new fiscal year means a new chair of finance wouldn’t be responsible for end-of-year special allocation requests of the previous year.

“It would make more sense for the next finance committee chair to come in starting at that new fiscal year and to be responsible for that entire fiscal year,” Le said.

Another topic discussed was the senate’s duty of shared governance, which requires senators to participate in on-campus committees for budgets and campus policy.

“Part of the DASB [Senate’s] role is to represent the student voice,” DASB adviser Hyon Chu Yi-Baker said. “To serve on these committees so they can represent the best interests of the students.”

One reason senators were unable to participate in shared governance was conflicting schedules with classes. Senators also mentioned they received no mentorship from committee members.

Yi-Baker said a potential solution would be to give senators priority registration, though she said it would be “a tough battle.”

“We need to push back and say ‘if it’s so important for students that represent being on these shared governance committees, then we have to figure out a way that’s a win-win,’” she said.

Another solution she mentioned was that students running for senate would also be running for positions of shared governance.