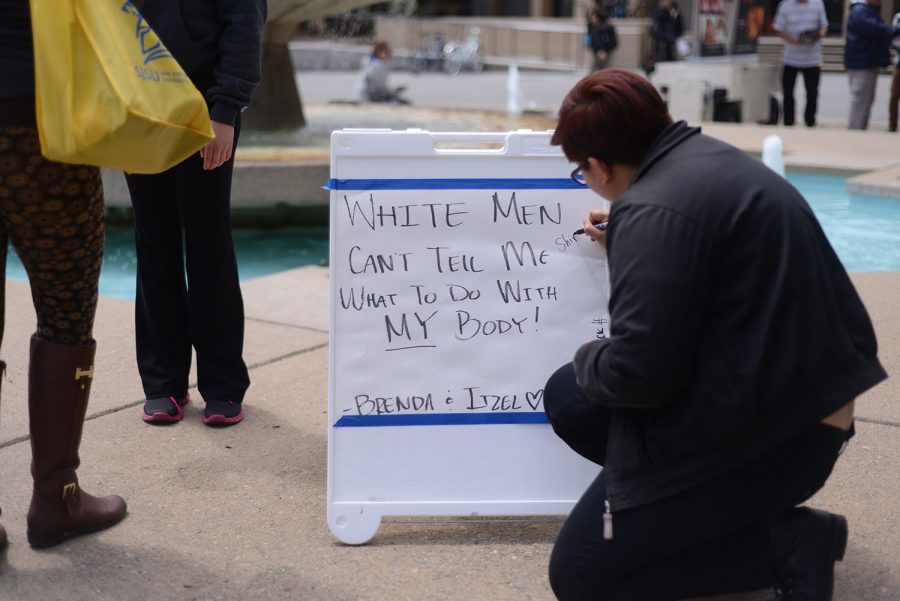 Self-organized De Anza students counter-protested anti-abortion protesters in the quad this past week. The students held up signs promoting womens’ right to choose in front of the graphic anti-abortion signs.

“It makes me angry,” Karen said. “They’re speaking on a subject they have no direct connection to.”

Itzel Sanchez, 20, sociology major, said while she respected others’ opinions, it was wrong for men to tell her what to do.

“It’s wrong that white men with privilege are telling women what we can or cannot do,” Sanchez said.

De Anza President Brian Murphy thanked the students for standing up against the protestors.

The pro-life protesters are from an organization called “Project Truth,” which visits colleges and high schools to spread “the horrible truth about abortion.”

One of their members, Ed Whitefield, said their time here had been successful since they were able to have constructive dialogue with students, even if they did not come to an agreement.

Ky Caro, 31, child development major, disagreed and said that it was inappropriate to have such graphic pictures be displayed on a campus that children are regularly on.

“This is not OK to show on any campus,” Caro said.