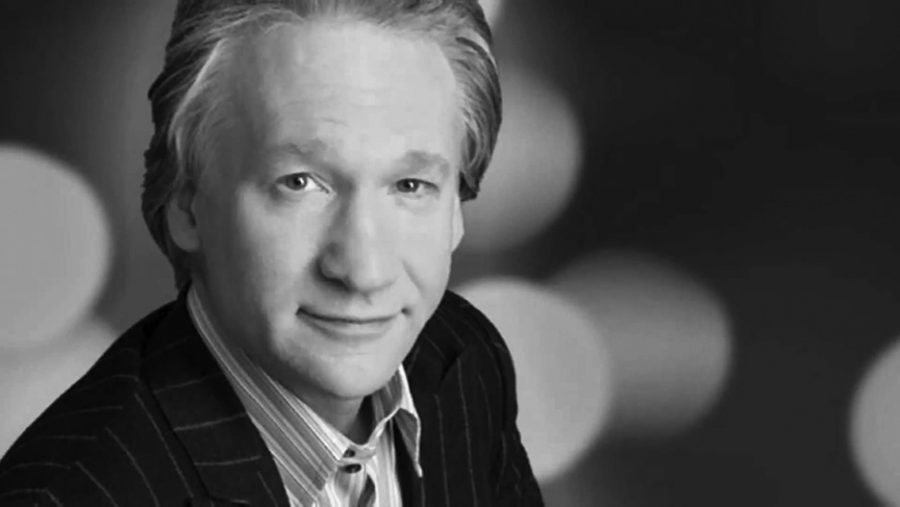 This remark was not the only one of its kind during his speech, and jokes like this earned him bouts of laughter from viewers.

The two spoke about modern day issues, specifically concerning politics. The forum began on a more serious tone as the two analyzed the recent shift in American literature and the timeliness of work published years ago.

As they delved further into hot topics in the news today, Maher and Lebowitz criticised many politicians. While most of the remarks were aimed at the Republican Party, there were comments about Bernie Sanders as well.

“Bernie Sanders has no business being in this race anymore,” Lebowitz said. “If Donald Trump wins, it’s entirely [Bernie’s] fault. He doesn’t seem to be able to see that there is anything wrong with this country besides the fact that he doesn’t have enough delegates.”

Maher centered his focus on Donald Trump, calling him a “whiny little bitch” and “the world’s worst 5 year old.”

He told the story of a court case he found himself in against Donald Trump.

“Donald Trump said he’d donate $5 million to a charity of Obama’s choice if Obama could show him his college degree,” Maher said. “I thought that was stupid, so I offered Trump $5 million if he could prove his dad wasn’t an orangutan.”

Though he said it as a joke, Trump took him to court, and Trump’s representatives showed Maher his birth certificate before making him hand over the $5 million.

“Liberals always have their hearts in the right place,” he said, “but only because the other side doesn’t have hearts at all.”

Lebowitz agreed, saying “Republicans are a worsening illness, much like Parkinson’s.”

In addition to all of the talk about the election, Maher had plenty to say about Islam. After making Islamophobic jokes and receiving laughter from the crowd. After comparing burqas to beekeeper suits, he said,“Everyone keeps saying that if Americans were more informed about Islam, they would be less scared. That’s wrong. If they knew more, they’d be more afraid.”

When Maher asked to the audience what should be done about problems in Islamic nations, one member of the crowd shouted out, “Send them to school!” This response was ridiculed by Maher and met by a murmur of laughs and a change of topic.

Another quick subject change occurred only a few minutes later. When discussing the recent media outbreak of celebrities being accused of child abuse, Maher focused on the Woody Allen case, in which Allen was accused of molesting a very young child.

“I understand being biologically attracted to someone who is 17,” Maher said. “But seven?”

This remark caused the audience to boo, and he tried to defend himself before deciding it was time to move on.

After talking for about an hour, the floor was opened up to questions. Oneaudience member asked Maher what his childhood was like.

“When I look back on my childhood, it wasn’t pre-sixties, it was pre-civil war,” he said. “We didn’t have gadgets– I played with dirt. We would steal playboys and bury them in the woods.”

Other participants asked Maher about his opinions on current issues. Eventually, he turned to Lebowitz and said, “All I know is that Sarah Palin is an idiot,and Obama’s my boyfriend.”