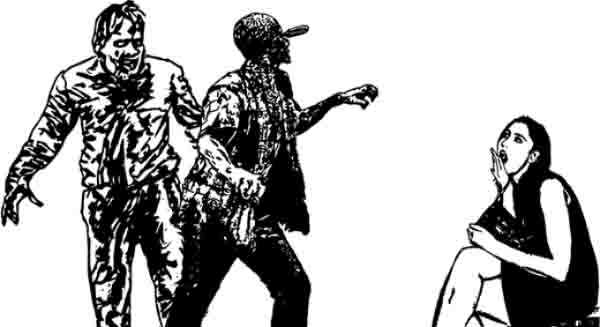 For over half a century, zombies have appeared in motion pictures and television shows. Not only are they used as a scare tactic to frighten audiences, but the undead also provide commentary on a wide array of topics. Racism, consumerism, war, survivalism, globalization and disease are examples of themes tackled in the zombie genre.
Due to the over-abundance of zombies within the media, critics have liken zombies to vampires: labeling them tired and cliched. After the cinematic abortion that was the “Twilight” saga, it is easy to see why vampires have become mundane. The same cannot be said for zombies.
George Romero’s “Dead” series, comprising the films “Night of the Living Dead,” “Dawn of the Dead,” “Day of the Dead,” “Land of the Dead,” “Diary of the Dead” and “Survival of the Dead” all carried a contemporary theme. “Night of the Living Dead” used zombies to address racism, while “Dawn of the Dead” addressed modern consumerism. The films intentionally used poor special effects to add to the satire in addition to attempting to avoid a revenue-killing X-rating, with the crew for “Dawn of the Dead” utilizing orange fake blood, which made the movie harder to take seriously.
Despite the dip in zombie popularity in the 1990s, the 21st century became a bastion for zombie lovers with the release of Danny Boyle’s “28 Days Later” in 2002. The film, set in England, detailed a coma patient’s survival after waking up in a hospital to find London devastated and all the people seemingly missing. The movie used contemporary outbreaks of Mad Cow Disease, Foot and Mouth Disease and the flu, along with globalization, as themes to show the destruction of modern society at the hands of a deadly virus. That same year, the popular video game franchise “Resident Evil” turned to film, with a story of corporate malfeasance and scientific meddling that creates zombies.
Why zombies themselves are scary is self evident. People become traumatized when they witness their loved ones get attacked and turned. Others may find themselves incapable of killing someone who until recently had been a family member or friend. Zombies, with the exception of the “Dawn of the Dead” remake and the “28 Days Later” universe, are slow and lumbering corpses, a play on human kind’s impending fate; death. Other films, like Romero’s “Day of the Dead” and the television show “The Walking Dead,” use zombies to highlight human survivalism and other aspects of the human condition in the wake of the apocalypse. These themes are no less relevant today than they were at the release of these programs; “28 Days Later” is just as relevant today as it was in 2002 when genuine fears of disease wiping out cattle and jumping to humans filled the minds of people the world over.
With “The Walking Dead” in its seventh season, the zombies have begun to look gnarly and heavily decomposed, but the threat they bring is just as serious. “The Walking Dead” is unique in the zombie trope because it also uses humans as a threat to the survivors; not all people who survive the zombie apocalypse are good. The show, based on a comic book series that began publication in 2003, has had such dastardly villains as The Governor and Negan, who have both been featured on the show. Zombies often take second chair to the people Rick’s group encounter throughout the show.
Each story is self-contained within their characters and themes. While “Resident Evil” has some physics-defying monsters and fight sequences, such action is heavily discouraged in Max Brooks’ “Zombie Survival Guide,” and downright fast and devastating zombies like “World War Z” and the Korean hit “Train to Busan,” zombies as a plot device are far from irrelevant today. Some films, such as the comedies “Shaun of the Dead,” “Fido” and “Zombieland” make light of the zombie apocalypse, using heavy doses of comedy to undermine the gore and violence.
“Shaun of the Dead” was a parody of “Dawn of the Dead” that incorporated a love story and British comedy to the story, while “Fido” showed that zombies aren’t always the bad guys, especially when zombies are enslaved by humans. “Zombieland” illustrated American culture with the availability of guns and gas-guzzling SUVs even after zombies have obliterated most of the human race. A cameo by Bill Murray certainly helped the movie along too.
The hope is that zombies will remain on the big screen, and never arrive in city streets. Thematically, zombies are surely entertaining but also useful; they aren’t cognitive or intelligent like vampires, but in hordes zombies are a force to be reckoned with; solitary zombies allow viewers to get a closer, more detailed look at humans as they never want to see them: in death. 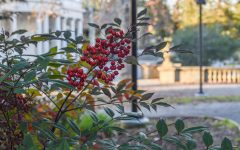 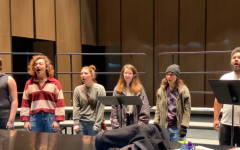 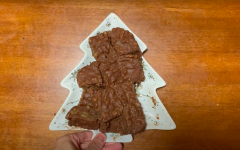 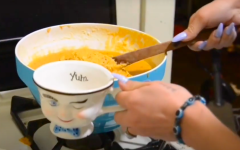 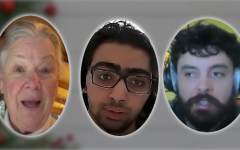