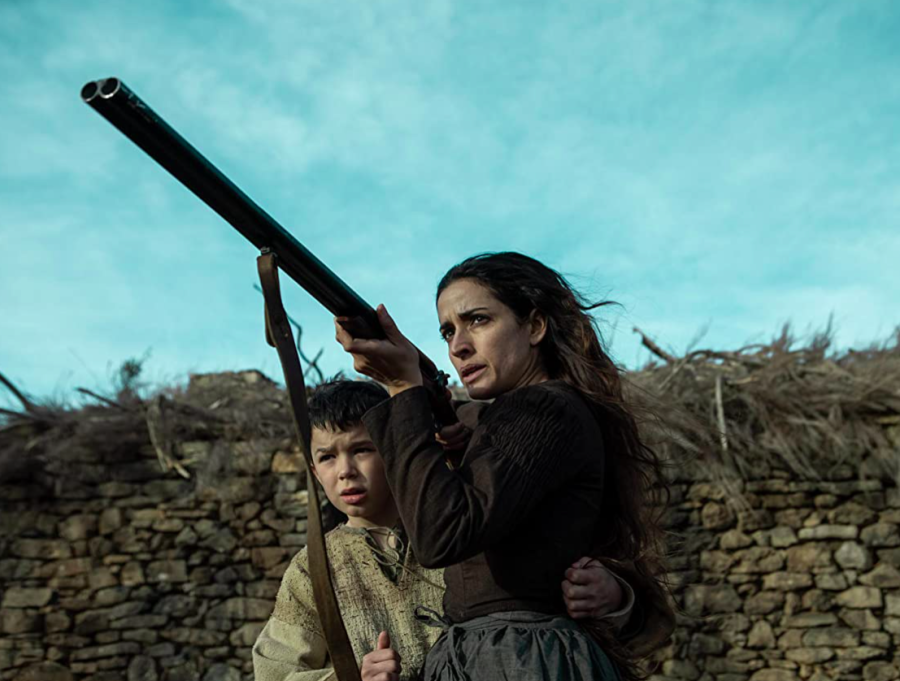 Characters Diego and Lucía in "The Wastelands," awaiting a mysterious beast's return.

Whenever you’re around someone who is complaining about the ‘repressive horrors’ of social isolation due to the pandemic, direct them to the film “The Wasteland” on Netflix.

Over the course of an hour and 32 minutes, the TV-MA rated “The Wasteland” follows a family of three: Diego, Lucía and Salvador, living their colorless existence in the “wastelands,” isolated from society and the danger of something spine-chilling constantly looming over the three of them. The “wastelands” are dark and barren, a suitable setting for the dark stories that, between father and son, are told about a beast that follows humans around feeding on their emotions, especially if those emotions creep into fear.

All of this to say, the family in “The Wasteland” lives in a world far darker than ours. The film, which was released on Netflix, is consumed from the very beginning by a sense of eeriness and the foreshadowing of a sinister future for the quaint family.

“The Wasteland” is suspenseful, dramatic and moving, and the symbolism between light and dark is incredibly significant. The impressive cinematography leaves viewers on edge throughout the film with shape angles and shadowy corners contributing to the tension.

Cinematographer Isaac Vila succeeds in capturing the feeling of being utterly alone and abandoned once everyone is gone.

While not desolate and empty of any entertainment as its title might suggest, “The Wasteland” has a lot of jump scares and drama to keep audiences entertained.

However, the film is unnecessarily lengthy. The first half is rather dull as the viewer waits, alongside Lucía and Diego, for Salvador’s safe return to the shack after his departure from the family.

Even so, moments of genuine fear are superbly delivered by the actors, and it is beguiling to watch the close relationship between the family get torn apart by the beast over the course of the film. This is how the viewer grows closer to Lucía and Diego, for Salvador: they are anxious to see them come out of the haunting situation safely.

Perhaps moments between Diego, Lucía and Salvador are even similar to the family bonding that’s taken place for your family over the course of COVID-19 pandemic.