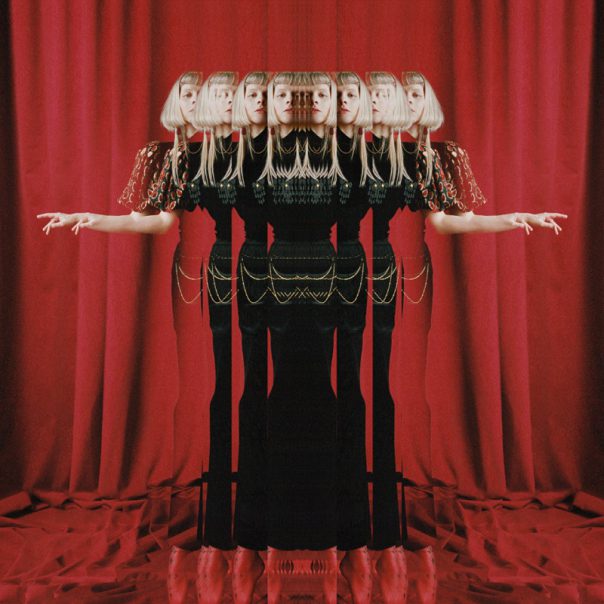 “The Gods We Can Touch” by AURORA is a 15 song album that sounds like a movie score.

AURORA is a 25-year-old Norwegian singer who has recently put out her third full length body of work. Primarily she operates in the art and electro pop lane.

The project is packed with grand string sections and production that paint a vivid image. Alongside AURORA’s eerie yet calming vocals and cryptic lyrics, listeners feel like they are on a fantasy adventure.

“Everything Matters” kicks it all off and sets the tone for the rest of the album. The song is packed with catchy vocal melodies and evolving production as the song progresses. But that is just the tip of the iceberg.

The song “Blood In The Wine” has some of the most inventive production of any pop album listeners have heard in the past year. The string sections are backed by a fantastic drum pattern that really sound like a grand movie score.

On top of that, the chorus hits like a truck, making “Blood In The Wine” one of the biggest standout songs on the album.

“A Temporary High” is a song that breaks away from the sonic themes of the project. On this song AURORA pulls influence from 80’s synth pop and it goes over very well.

It features another amazing chorus with super catchy vocal melodies that just make you want to get up and move.

“Cure For Me,” the lead single, has a groove that just makes listeners want to dance. The track features lyrics inspiring listeners to find their own self worth, making it an uplifting and fun listen.

The songwriting is fantastic throughout this whole album. On “The Gods We Can Touch” AURORA’s songwriting conveys meaning indirectly, allowing different interpretations for each listener.

“This Could Be A Dream” lives up to the title, as the song is so beautiful it makes listeners feel like they are floating on a cloud in their dreams. The strings on this song are absolutely stunning and AURORA’s vocals are heavenly, managing to be grand, relaxing and beautiful all at the same time.

Overall it is a great album, but it isn’t perfect.

“Giving In To The Love” is a run of the mill pop song that sticks out as one of the weakest songs compared to the amazing instrumentals of the other tracks.

While the song “Exhale Inhale” sounds nice, it comes off as an extended interlude. The song builds up  tension but then falls flat with wasted potential.

“The Gods We Can Touch” is an inventive take on modern pop music and it features some of the grandest instrumentation that listeners will hear in 2022.