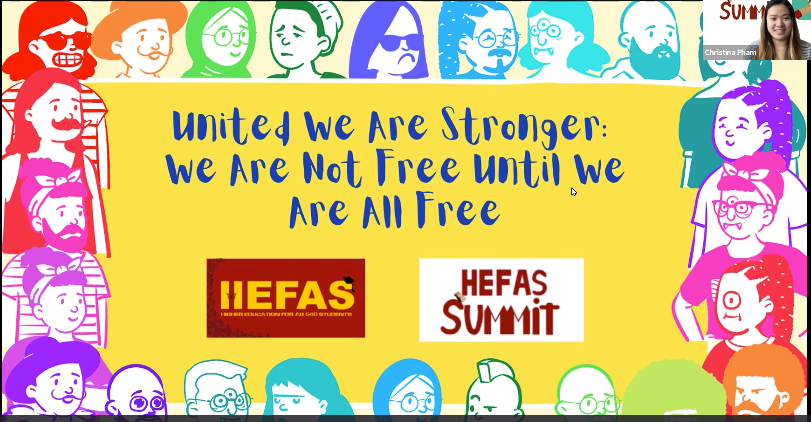 De Anza College’s program for undocumented students highlighted immigrant voices and resources at its annual summit conference on June 4 and 5.

“I wanted to share my story, not because I did not care for my family, but because I cared too much not to share,” said Denise Panaligan, a Los Angeles middle school teacher who headlined the first day with her keynote speech.

Panaligan grew up undocumented after her family brought her to the United States from the Phillippines. She said revealing her status publicly for the first time in college was liberating.

“I wanted to tell my story in a way that was authentic to me,” Panaligan said. “Telling it in the way other people wanted me to tell it diminished the sacrifices and hard work my family put in to get me here.”

Panaligan said it was difficult to pursue a career after college.

“Back then, there were not a lot of teaching programs that accepted folks without a social security number,” Panaligan said. “But luckily for me, I graduated right as DACA was implemented, and was very fortunate to have a lot of people advocate for me.”

After this legislation and with the help of others, she could legally stay and work in the country. Panaligan said she went into activism to ensure that the pathway stayed open for people like her.

“Anti-immigration rhetoric and policies strike so much fear,” Panaligan said. “It’s really important for us to make clear and strong political statements in support of undocumented students and their families so that they feel safe.”

Dr. Raymond Gaeta, a pain management physician at Sutter Health, delivered the keynote address on the second day. A second-generation Mexican American, he said he was the first in his family to go to college.

“I would argue that the education that we receive is a vehicle for us to give back to our communities,” Gaeta said. “Before I graduated, my family didn’t know any physicians, but now they have a son who is one.”

Gaeta said that you can also give back to the community when you are not secure in your career.

“Giving back doesn’t necessarily mean you have to wait until you’re fully baked in your career,” Gaeta said. “You should be aware that there are those, even slightly behind you, that you should extend your hand to.”

The HEFAS summit is the second Enrique Samaguey has helped organize. The 20-year-old psychology major and HEFAS office coordinator said he appreciates the safe space it provides for students.

“Immigrants don’t just come in one skin color or background,” Samaguey said. “I would like more people to understand that immigrants actually move our country and that there are many of them in our community that need our support, not our hate.”

More information on HEFAS and recordings of the summit can be found here.