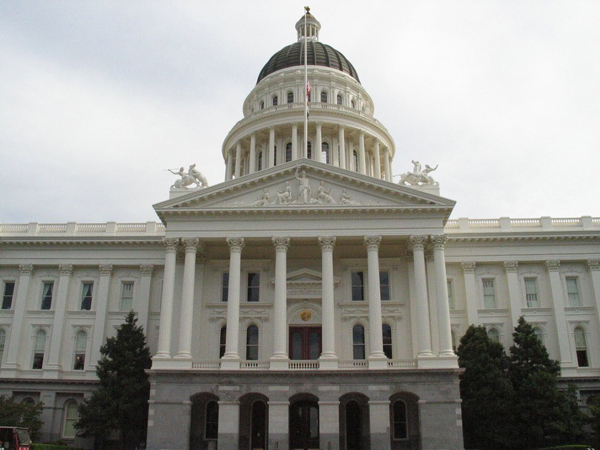 Governor Gavin Newsom vetoed a bill that would have required an ethnic studies course to graduate high school in California, citing an unbalanced model curriculum.

The veto, on Sept. 9, followed waves of controversy and disagreement. Several Jewish groups criticized the curriculum for inadequately recognizing anti-Semitism, while proponents argued that it was necessary to address racial inequalities.

“I feel like it shouldn’t have been vetoed,” said Catie Cadge-Moore, intercultural art history professor. “It just needs to be worked on, so that everyone feels like it’s appropriate, because there has been a rise in anti-Semitism.”

But the curriculum still allows for flexibility, stating that local schools can adapt it “to address the demographics and diversity of the classroom.”

“It gives students a voice,” Cadge-Moore said. “A lot of it is about [how] they can tell their story in the classroom.”

Cadge-Moore said she noticed new dynamism in her classroom during summer protests for racial justice.

But, as protests diminish and online schooling takes hold, she said she noticed the energy increases and decreases in cycles.

“A curriculum at a high school level would really help,” she said. “Not everyone is going to be an activist, but at least they’ll have that option to learn that part of themselves, and hopefully claim it.”

Professor Mae Lee, Asian American studies professor, also said she noticed her students did not have opportunities for an ethnic studies education, despite their personal experiences with race and ethnicity.

“All the students who come to the class have a rich well of experiences with race,” Lee said. “But, from what I have observed, there are very few forums that the students have been able to participate in, where they can share their observations.”

Lee said that students in her class begin to question academic authority and the “production of knowledge.”

“[Students] are wondering why they didn’t have these conversations before,” Lee said. “They feel like they’re being exposed to ways of thinking that, for some reason, high school excluded or omitted.”

Lee begins her classes with foundational knowledge about race and ethnicity, since students have not been previously acquainted with such ideas. A high school requirement may change that, Lee said.

“If ethnic studies were required in K-12, I would probably teach my classes slightly differently,” Lee said. “We could build on what they’ve learned in high school and go from there.”

Lee described the debate over the bill as a hallmark of legislative procedure, which will have to continue in order to garner necessary support for the bill’s passing.

“My sense is that it will come,” Lee said. “It just didn’t come this year.”