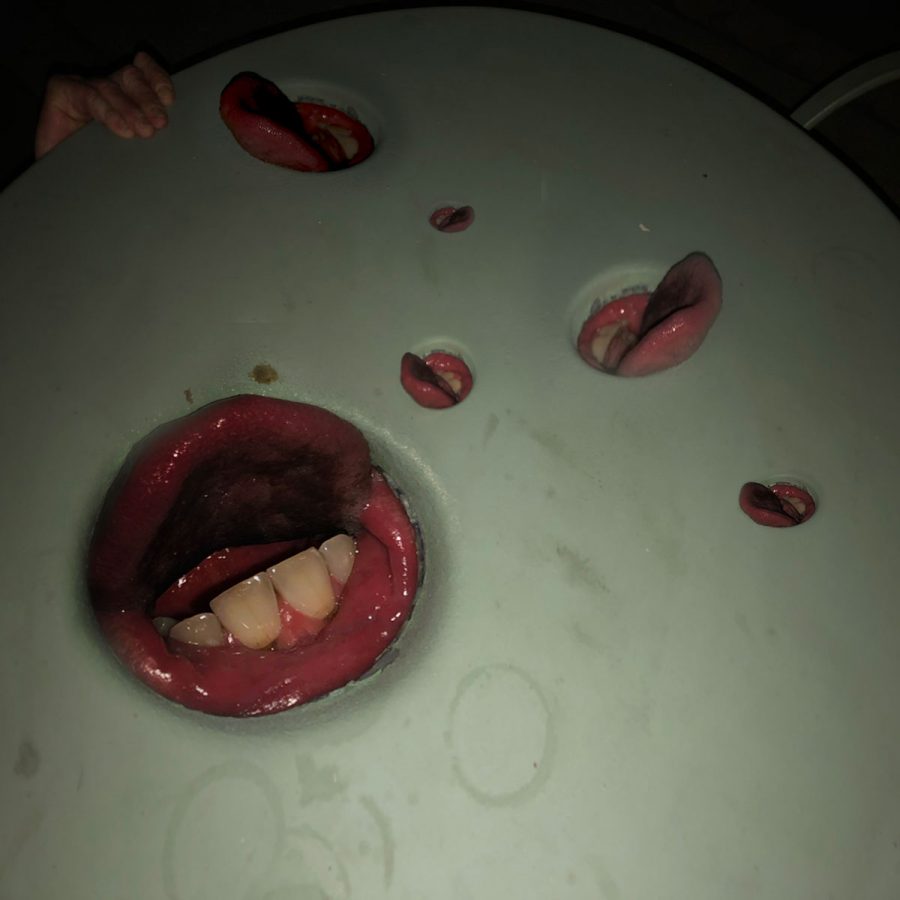 Experimental hip hop trio Death Grips released their sixth album “Year of the Snitch” on June 22, solidifying themselves in the industrial scene and leaving them once again at the point of sabotaging their career… In a good way.

Averaging one album every year since their formation in 2010, Sacramento natives, vocalist MC Ride, drummer and producer Zach Hill and recording engineer Andy Morin are back with a punk rock, thrashmetal, psychedelic rock and a heavy industrial sound that fits the Death Grips aesthetic: A new wave of modern industrial music.

“Death Grips Is Online” immediately sets the tone of the album with a chaotic polyrhythmic beat woven into a subtle yet melodic synth similar to ‘80s or ‘90s industrial, but very underdeveloped.

Zach Hill’s drumming is scattered but controlled, and the barrage of MC Ride’s lo-fi shout-rapping brings back the Velvet Acid-Christ, ‘80s industrial atmospheric tension followed by sporadic bursts of sound.

“Year of the Snitch” incorporates the mess that is industrial music and uses multilayered production of controlled chaos to emphasize lyrics.

Death Grips push the boundaries of the industrial genre with “Flies” and “The Fear” by introducing odd time signatures and jazz melodies like in “The Fear,” with ear piercing shrieks in the background creating a horror movie atmosphere.

What holds these songs back is timing. MC Ride speeds through his lyrics, taking away from the atmosphere the album builds with each song.

In “Flies,” the dark jazz descending chromatic synth line intro with MC Ride in the background could have run longer, building that tension more before breaking into the vomit of lyrics about vomiting flies.

MC Ride’s style is similar to industrial bands like Skinny Puppy and Mindless Self Indulgence, with his snarling vocalization that makes him seem right in your face along with the ambient fast paced and anxiety driven music.

Despite some drawbacks, “Year of the Snitch” does not disappoint for modern industrial music lovers, although Death Grips seemed to have alluded that it would with their ending song, “Disappointed.”