Coverage of shooting inconsistent and unreliable 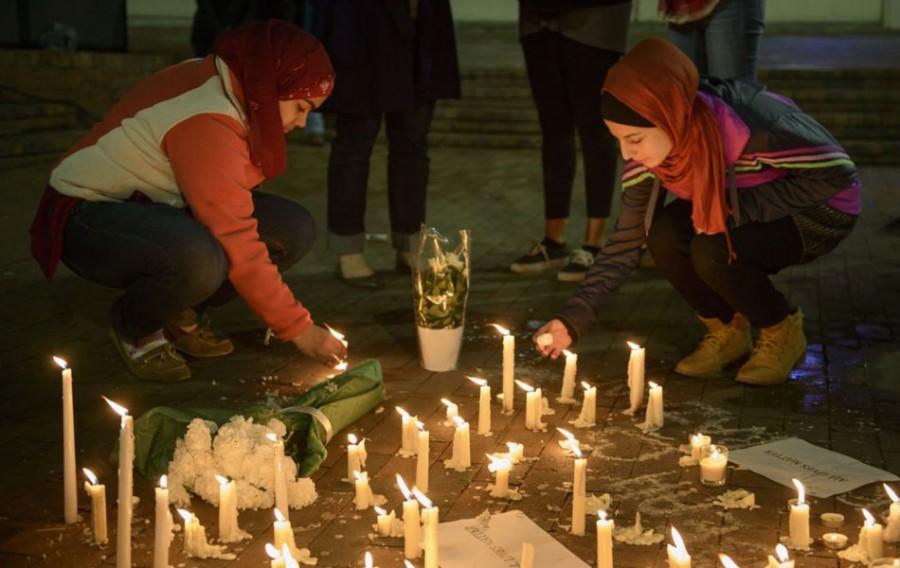 Three Muslim students were shot and killed in an apartment complex near the University of North Carolina, Chapel Hill on Feb. 11. When the story first broke, it gained very little news coverage within the first few hours of the shooting, failing to gain national attention until hours later.
The media’s silence on the shooting spoke volumes about how they planned to handle the incident as a whole.
Many social media users, such as myself, did not know about the Chapel Hill shooting until multiple tweets and hashtags were used to spread the word, such as the phrase #MuslimLivesMatter.
When media stations first reported the shooting, it was stated that the killings took place over a parking space dispute.
A middle-aged white man, the accused Craig Stephen, shot and killed three young Muslim students, Deah Barakat, Yusor Mohammad and Razan Abu-Salha, but the incident lacked national media attention because the crime was mislabeled as something other than a hate crime.
Not acknowledging the seriousness of the issue and failing to report on it is where the media coverage went wrong. The media and news stations report on newsworthy issues, so the fact that a possible hate crime was not first reported as that has people outraged.
In a matter of days after the shooting, the facts regarding the killings, victims, suspect and the motive have all changed almost daily. At first, it was reported that the motive behind the shooting was a parking dispute. Later, it was revealed that the Stephan was an extreme atheist who denounced the Islamic faith and was mentally ill, according to his Facebook page.
Once national coverage of the shooting began to circulate, the Chapel Hill police department first claimed that the killings occurred because of a parking dispute, even though there were concerns that the incident may have been a hate crime. Police Chief Chris Blue said in a public statement, “We understand the concerns about the possibility that this was hate-motivated, and we will exhaust every lead to determine if that is the case.”
Investigators found that the suspect’s Facebook page was full of anti-religion and hateful posts about organized religion, including Christianity, Judaism and Islam.
In another turn of events, Suzanne Barakat, sister of victim Deah Barakat, stated to CNN that on the date of the murder, the parking space was unoccupied.This raised many questions as to why the crime was not thoroughly investigated and why the first motive that was widely publicized for the crime was that the dispute was over a parking spot.
Coverage of this shooting has been inconsistent and unreliable. The media failed to give clear and factual information regarding the killings. The media was quick to give facts as they were developing, possibly to make up for the failure of immediate coverage at all.
Barakat went on to say, “Had the roles been reversed and the man was Muslim, was of Arab descent, was of South Asian descent, this would have immediately been labeled an act of terror.”