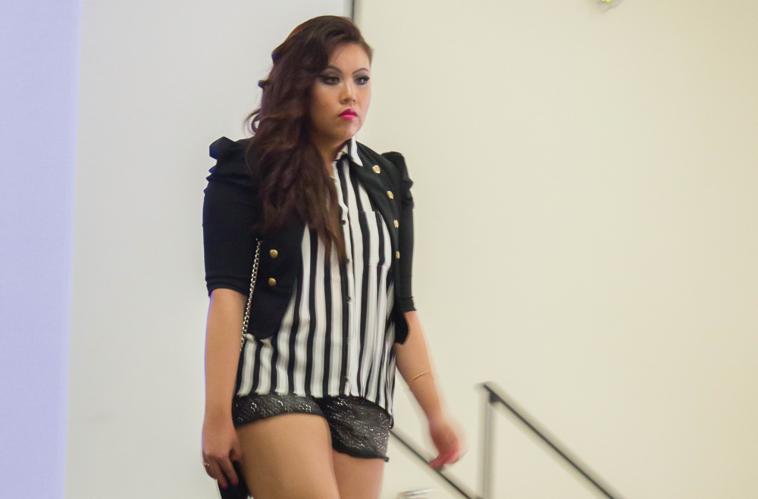 Fashion For A Good Cause

When people buy apparel from their favorite stores, they usually pay attention to the price tag, and the thought of the people who made the clothes, and where, doesn’t cross their minds.

Clothes marked as “Made in China” or “Made in Bangladesh” are a few examples of items that may have been manufactured in sweatshops, where violations of the worker’s human rights take place on a daily basis.

In an effort to raise awareness at De Anza College about these injustices, liberal arts major Arina Izadi, 23, organized and hosted the first Fair Trade Fashion Show on Wednesday, May 29 to make students, staff and faculty aware of fair trade and the abuse of sweatshops.

The documentary “Made in LA” by Almudena Carracedo and Robert Baharfurther inspired her to become involved and make a change.

“Both the book and the documentary describe the situations that workers of the sweatshop companies worked under,” Izadi said.

Most workers in the sweatshops are unskilled, paid below a living wage and beaten, she said.

The fashion show was merely a piece of part of the movement Arina Izadi has started. Coronado said she hopes to get more students and departments to be part of fair trade.

“We would like to see De Anza make a pledge to end the purchase of items that are produced by children, prisoners or slave labor, or by people who must work in dangerous or inhumane conditions,” Coronado said.

The goal of the fashion show was to inform people about the products they are buying and unveil the working conditions these people endure while fabricating these items.

Raising awareness of the violation of these human rights in sweatshops can help reduce the sales of clothes being purchased from companies that use sweatshops.

A way people can participate in the movement is by becoming aware of brands that use sweatshops to manufacture clothes and boycott those companies.

Buying from thrift stores is another option where you can find one-of-a-kind pieces at low prices without contributing money to stores that use sweatshops to make their clothes.