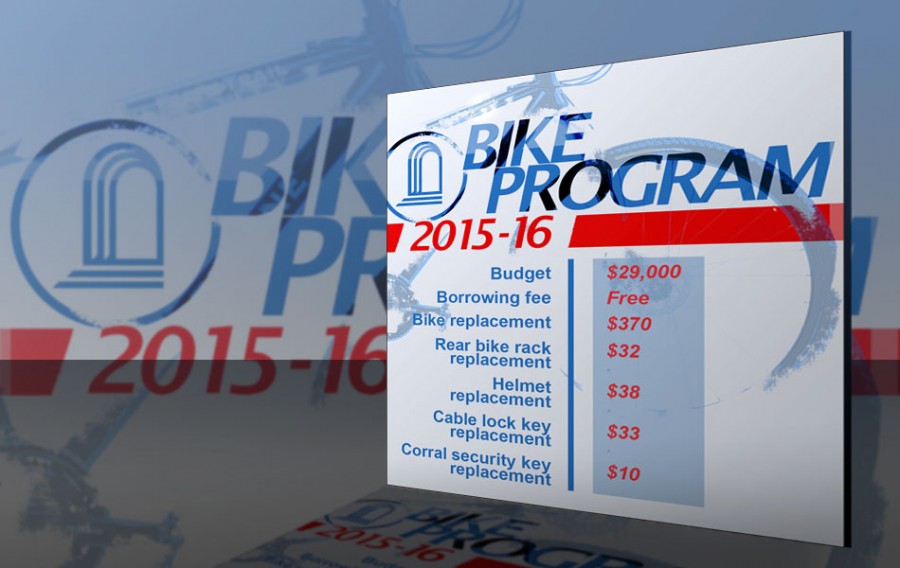 The DASB senate’s bicycle program received an addition of $17,000 to its budget for 2015-2016, even though many students say they lack knowledge about the program.
“I haven’t heard about it at all,” said Andy Tong, 18, mechanical engineering major. “It sounds good to me. I just need to check out the prices and whatever they have to offer.”

Reducing the carbon footprint of De Anza is one of the main points, according to the DASB Bike Program website, and some students have shown
an interest.
“We’re looking at getting more bikes and possibly an extra employee,” said bike program coordinator Eddie Cisneros, 21. “It’s a lot of work though, especially for
one person.”
Not all students are interested in using the bikes.
“I have a bike, but I also live really far away so it really isn’t doable,” said Mindy Flach, 26, psychology major.
In addition to the increased budget, the program will set up repair stations to be used for flat tires and general damage so that the bikes will continue to work at their best capability.
“This is a complete
self-service, all-in-one kind of thing,” Cisneros said. “It has all of the tools connected
to cables.”
Another feature is a Quick Response code which allows students to connect to instructions showing how to do various maintenance tasks on their bikes.
A portion of the money will be used to increase advertising for the program.
“One of my plans is that we’re going to start putting signs near each of the bike racks,” Cisneros said.
Additional assistance has come from businesses on campus that have shown support for the program as it progresses and grows.
“I’ve been working with the people at Coffee Luvvelo and he’s been really supportive so he’s had signs in front,” Cisneros said.
Additional plans include a campus biking event for students and staff to raise awareness about the program.
Additional information can be found on the DASB website at https://www.deanza.edu/dasb/committees/es/bikeprogram.html for anyone interested in learning more.
“I really do hope that we can do something to bring this to more light,” Cisneros said, “especially with more bikes coming in and the additional funding by the DASB.”