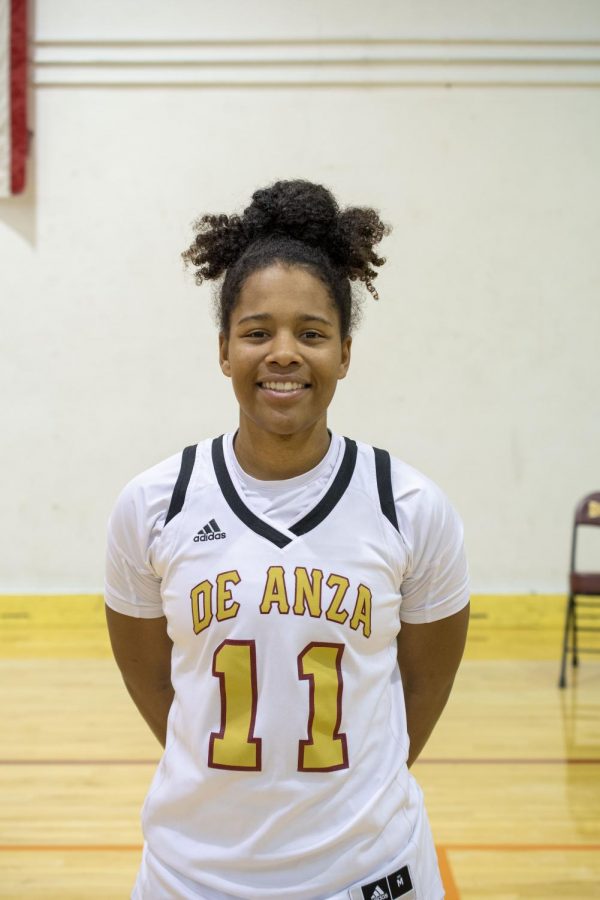 Danielle Gezzi, 20, kinesiology major is captain of the team.

It’s 3 a.m. on a Monday and while you may have just submitted your homework assignment a few hours ago and slipped into bed, Danielle Gezzi is up and already at work. Dedication and tenacity are more than just essay lengtheners, they’re the way in which Gezzi centers her life. The 20-year-old De Anza women’s basketball team captain and kinesiology major said bringing her best to the table is what she strives for in every aspect of her life.

Raised by a single mother in the southside of San Jose, Gezzi said growing up wasn’t without its challenges. She credited her mother for enrolling her in sports from the early age of five and which laid the foundation for her hard work and perseverance.

“I’m gay so I don’t want to stand on a man to help me pay for my bills. I want to do it on my own,” said Gezzi. “But even for independent women, why do we need a man to stand on to help us provide for our families if we can do it on our own as well?”

Gezzi’s professional aspirations remain in the future. In the present, she can be found trying to keep her Youtube channel updated, making time for friends, balancing a full-time school schedule with work and most importantly finding ways to get more than four hours of sleep.