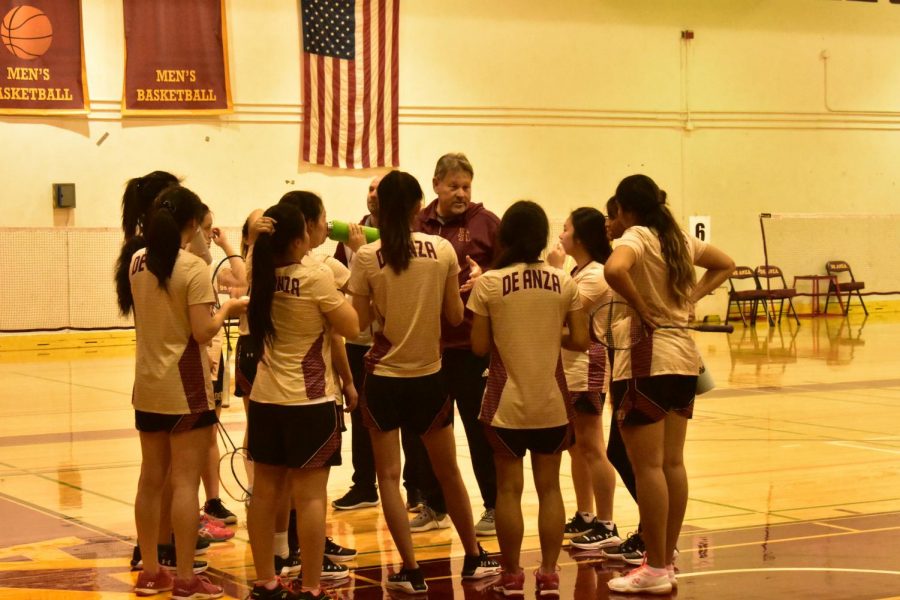 The De Anza women’s badminton team participated in a scrimmage against Foothill College on Friday, Feb. 7, as they prepare for the start of the new season.

Elle Wu, 19, English major said she is excited for the trips to tournaments this season.

“I am excited to spend more time with my teammates and for team bonding together,” said Wu.

Despite the cheery atmosphere at the scrimmage, head coach Mark Landefeld said the mindset this season is to compete.

“It means that we want to make sure we’re consciously trying a strategy each match, that we’re not just returning the shuttle that we have places we want to hit on the court,” said Landefeld. “We’ve got weaknesses we want to recognize and want to exploit which takes a certain amount of composure to do that while you’re playing the game.”

In the previous season, De Anza’s women’s badminton team placed second in the state, losing only to Fresno City College.

“We lost to them twice so you know we knew we’re the second best team in the state last year. Now we want to try and knock off the top,” said Landefeld.

“I want to go far into the states this season,” said Ha. “We will have to train hard, do better, and stay strong mentally and physically.”

Ha said she worked on her endurance to prepare for this season by running a lot more.

Coach Landefeld attests to all of the player’s readiness for the season.

“I’m excited because we have a very deep team and that means that when we train against each other, sometimes those matches are tougher than some of those of our opponents,” said Landefeld.

De Anza’s first go at an official competition will take place on Friday, March 21 at the Grossmont Tournament in El Cajon.