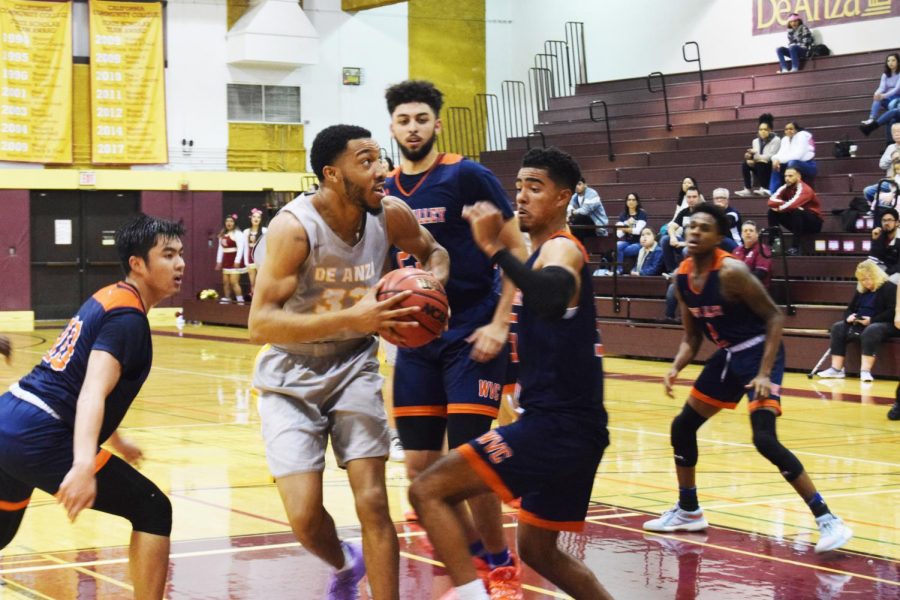 In a game in which all of the proceeds will go to the Coaches vs Cancer Society, the De Anza men’s basketball team lost 60-54 to conference opponents West Valley College on Jan. 24.