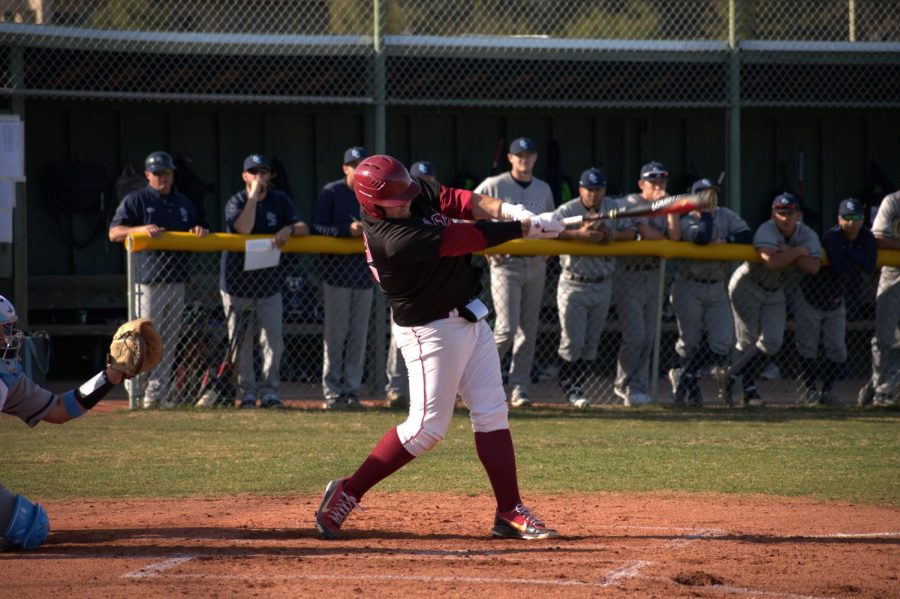 The De Anza College baseball team opened the season at home with a blowout loss of 13-1 against Cerro Coso Community College on Jan. 24.

Despite the loss and limited practice time as a team, head coach Don Watkins said that he was super excited about the game.

“In reality I only had the guys for about seven practices. We scored first and got one of our jobs done, so I’m happy with it,” he said. “It’s good, I’ve got a good bunch of kids.”

The game had a promising start as the team was able to achieve an immediate three outs and multiple foul balls in the top of the first inning.

De Anza’s first run of the season and only lead of the game came in the bottom of the first but momentum was lost as Cerro Coso was able to score four consecutive runs in the second and third innings.

Cerro Coso continued their momentum by scoring two more runs in the top of the sixth and seventh innings.

Acknowledged by Watkins for his phenomenal execution, one of the new pitchers Cody Lockhart, 20, business administration major, said there is a lot of room for improvement.

“We have a lot of potential talent on the team, ” he said. “I think as we come together and practice a little bit more we’ll become a solid team.”

The right fielder James Sierra, 20, kinesiology major, emerged as a rare gem of the game as he logged a notable performance by scoring the only run of the game after skillfully stealing second base.

“You definitely have to watch for that back foot cause that’s how they pick you up” he said. “So I’m just trying to stay mentally engaged into that and just trying to react when his first foot moves.”

Watkins said he doesn’t only want to win the upcoming games but hopes the team can be more competitive, play the right way and be respectful to the other opponents.

“My biggest thing is that you lose with dignity and you win with respect, because someday you’ll be on that side experiencing the winning part,” he said. “I want them to understand that you have to learn how to lose, because to be a good winner you’ve got to know how to lose anytime since failure is how we get there.”