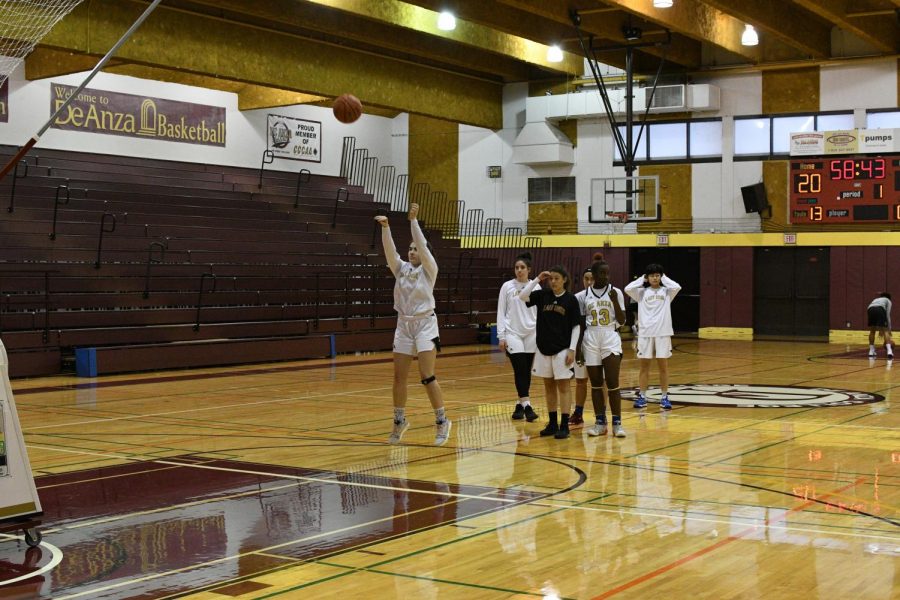 After an overtime loss against Cabrillo College, the De Anza women’s basketball has an overall record of 11-9.

Cleo Goodwin, 19, guard, said the team is stronger than ever.

With their most recent loss, the team is at 3-1 in the conference.

The head coach, Michael Allen said the team is looking good and ready for the remainder of their conference schedule.

He also said that he’s looking forward to seeing the continued growth of each player.

“The goal was to get past the Christmas break with all players being academically eligible,” he added.

This goal was met with 10 out of 15 of the players have a GPA of 3.0 or higher. This is Allen’s third year as the head coach of De Anza’s women’s basketball team.

During his time as head coach, Allen said the team has grown each year under his leadership and their potential is huge.

He did say that their one weakness is rebounding. Besides rebounds he said the seasons is going well and would sum up the season so far in one word as grateful.

He said he is grateful for the chance to coach each player and the team as a whole.

Last year the team went 4-19. This year’s improvement is shown in the team’s attitude and of course their record.

“The season is going well right now. We started the season 8-8 and took the first dub in conference,” said Danielle Gezzi, 19, Kinesiology major, and point guard. “We still have some room for growth but have had a strong season so far.”

The team has a clear conscience that things are moving in the right direction and to Allen a high note in the group’s success is that they have not had any injuries this season.