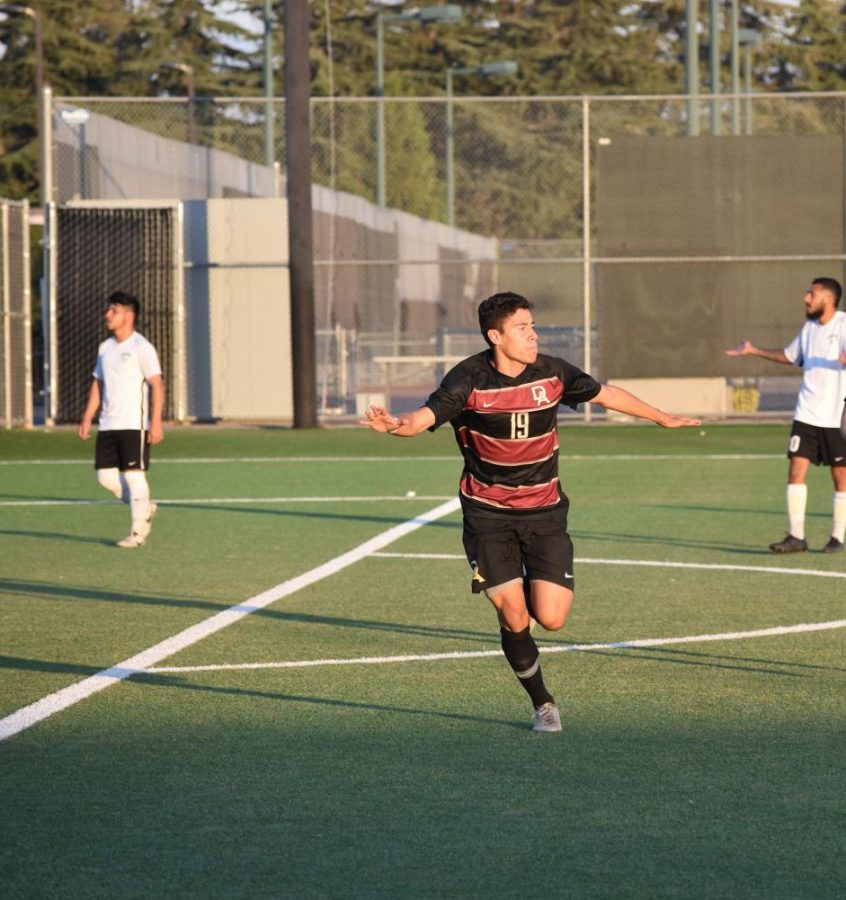 De Anza had a rough start in the beginning of the first half. Evergreen was locking them down on defense and even got a goal to take the lead.

Things started to look better when freshman midfielder, Jesus Duran, 18, criminal justice major, got a game tying goal to close out the first half of the match.

“I came off the bench and I wanted to make a difference on the field,” said Duran. “It felt great getting the goal.”

Things started looking better for the Dons in the second half.

After the second half started, midfielder Andres Garcia, 20, criminal justice major, scored the leading goal to bring the Dons up by one point.

“I felt pretty pumped up,” said Garcia. “We needed that goal and I’m glad I could pull through for the team.”

De Anza’s forward Toma Isozumi, 19, business major ices the game with another goal to put De Anza up 3-1. De Anza then scored one more goal to put them up 4-2.

Evergreen scored one more goal towards the end of the game but it didn’t matter since the game was practically over.

Head coach Rusty Johnson said he was proud of the team.

“The next game is going to be a challenge since our center back has to sit out after the yellow card he got today,” said Johnson.

“We have a couple of guys stepping up to the challenge, so we’re not super worried for the next game.”