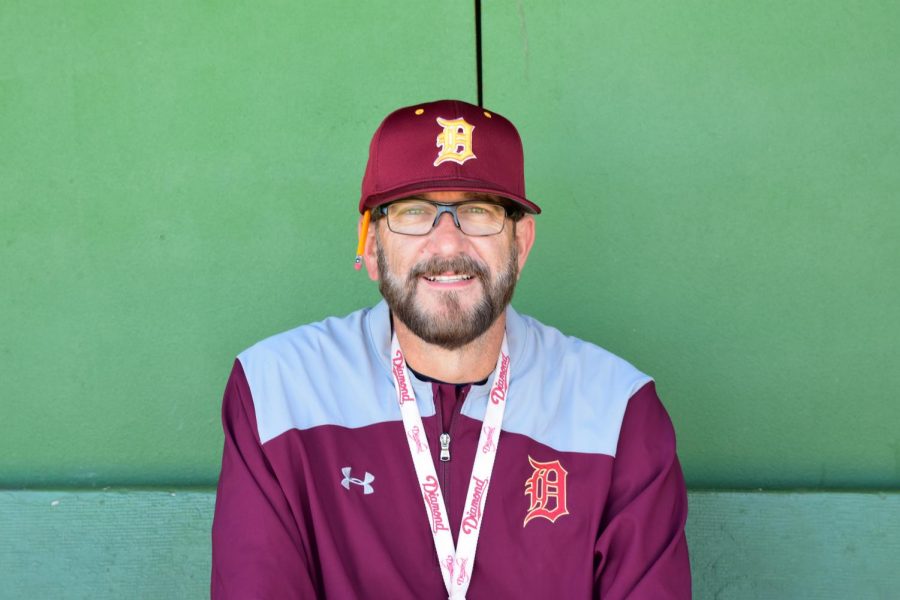 Why do you want to coach at De Anza? “Because they’re the Dons,” said Don Watkins jokingly.

Watkins started his path as a troubled youth who was not interested in school. His father, who played baseball professionally, was drafted by the Angels in 1962 as a pitcher, but soon after he decided to enroll in the military and serve in Vietnam.

Because of his father’s involvement in baseball, Watkins started playing the sport at a very young age, but not professionally.

He said with a laugh,“Ironically I didn’t play baseball in college or professionally.”

After barely graduating high school, he joined the army and served in two wars. After leaving the service, Watkins became a truck driver.

His then-girlfriend, now-wife who is a volleyball coach, encouraged him to go back to school and finish up his studies to be able to become a coach.

Watkins’ father and wife were his two inspirations for finishing up his bachelor’s and master’s degrees to become a college baseball coach.

Watkins coached for MSBL, a private organization for adult teams that would travel around the country and play. During his time at MSBL, he had former college and professional players come and play for his team.

He was the California State Coach of the Year in 2014 after leading the Mustangs to league and state championships.

He then coached at Ohlone College and again his team advanced to the championship. Before becoming a head coach at De Anza, he was an assistant coach at Menlo College in Atherton.

From a young man who barely graduated high school, Watkins transformed himself into the man who received his master’s from Azusa Pacific University with a 4.0 GPA. He was even accepted to do a PhD program at the University of Southern California.

Watkins’ main goal for the baseball team is to have fun and to learn that they need to fail in order to learn and improve.

He wants to be an example to them that you can overcome difficulties and be successful no matter how old you are.