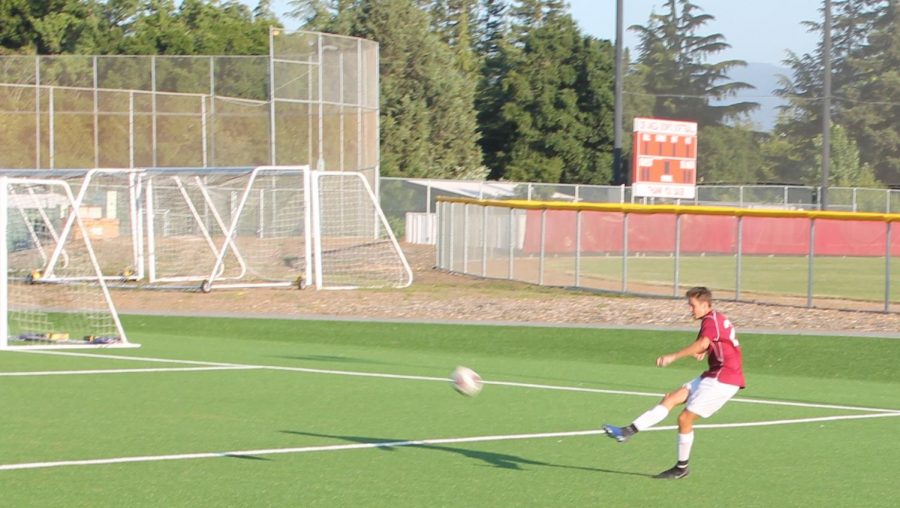 The De Anza men’s soccer team suffered a 3-1 loss in their scrimmage against Force Soccer Club on May 11.

De Anza opened the scoreboard in the 10th minute, then conceded a penalty kick two minutes later for the equalizer and conceded the second goal towards the end of the first half.

De Anza played well in the second half in trying to get the goal that would put them back on level terms, but towards the end of the game, they received the third goal in a counter attack.

“We performed pretty good today, definitely we will be better for the spring season,” said Anthony Memon, 18, business marketing major.

Jarod Puthoff, 18, liberal arts major, said, “This was our best game so far in terms of how we possessed our mentality, our desire to win. This was the best game of the spring season so far.”

Even though De Anza lost the game, players did take away some positive things from the game.

“We played a very good team and we stayed together in the back and didn’t let them score that much,” Memon said.

Puthoff said, “Our ball movement and our shaping was a lot better, especially in the middle, our organization from goalie to defenders to midfielders has been the best so far.”

“They performed a lot better than our first two spring games. Our defending was much better organized,” Johnson said, “We had some good spells of possession and was a good way for us to turn a corner in our spring season.”

Johnson also said that every year they are competing for a state title.

“You should expect us to do like we’ve done every year, which is finish top two in the conference and a nice playoff run,” Johnson said.