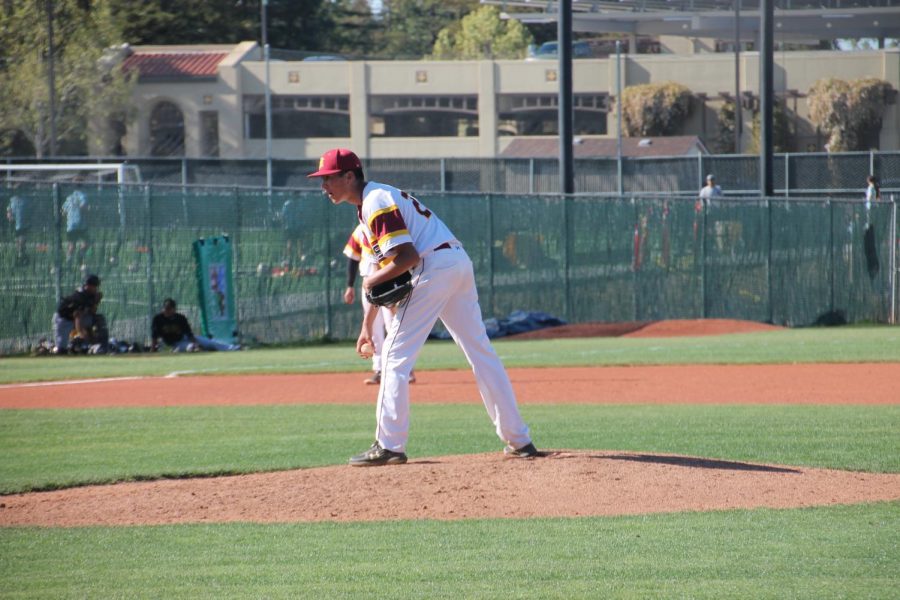 De Anza stopped Chabot’s momentum in the fifth inning and tied the game.

“The pitcher got me with the cut fastball in the previous at bat, so I was looking to take away his outside pitch,” Halpin said. “He threw me a breaking ball, so I was ready for the pitch and just hit it out.”

Coach Erick Raich said he was satisfied with the game.

“We had a lot of injuries and adversities this year,” said Raich. “We finished the last home game for the season with a win.”

“It was good to get the win and be the tone setter. I’m definitely happy we won today,” Triest-Escobar said. “Unfortunately I’m not going to be on the team next year, so it was nice to have the win to finish my career at De Anza.”