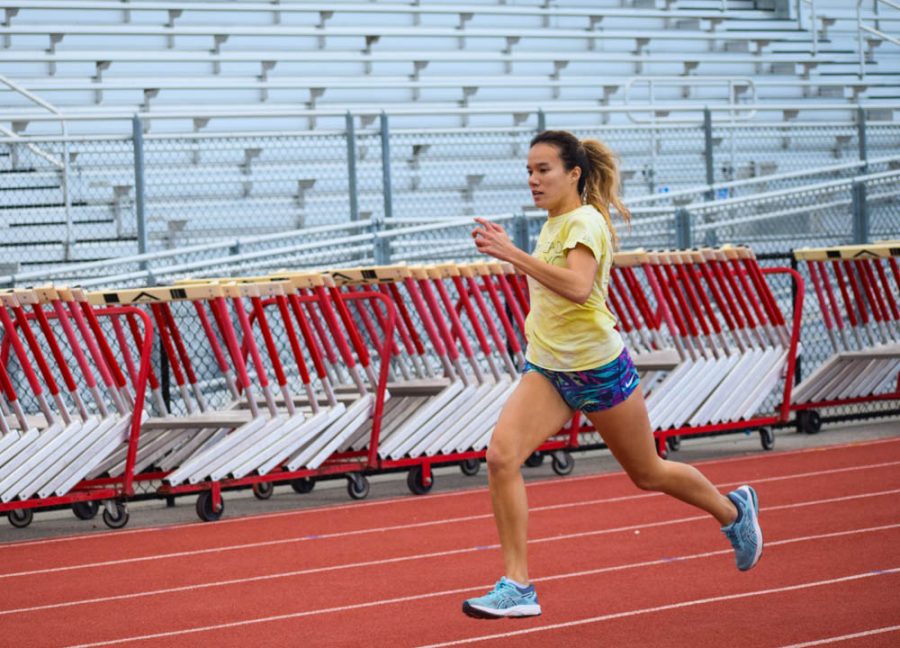 The De Anza Track and Field team hopes that an increase in roster numbers will boost their chances this season.

After finishing second in both the men’s and women’s conference championships last year, head coach Nick Mattis made it clear that his goal is to get both teams back on top.

“Our goals are pretty much the same standards I hold every year,” Mattis said. “We want to win conference, men and women. We want trophies at NorCal, top three, and we want to be top ten at state.”

Mattis is hopeful that the increase in participation this season will help the team achieve some of those goals.

With 31 out of the 41 strong men’s team and 15 out of the 19 women competing for the Dons this season being fresh faces, Mattis is confident that the incoming talent will be more than enough to make up for the athletes the teams lost in the offseason.

“We didn’t have a big team last year and so we have a large freshman class that’s boosting our numbers. The increase in roster size will also help the team with depth across various events,” said Mattis.

“We got people in every event with experience and talent, so that’s part of our strength as being a whole team instead of just individualizing in a couple of spots.”

The athletes, on their part, have been focusing on improving their personal results by spending the offseason practicing and preparing for competition.

“A lot of people have been training since the summer,” said captain Emilio Zertuche, 18, film and television production major. “They’ve really been working hard in cross country and during the summers as well.”

After months of offseason practice, athletes hope their efforts will show up in the results throughout the season.

“As long as you come every day, it goes well,” said Melissa Favorite, 19, political science major. “The worst thing in track is if you stagnate. So as long as I keep going up, I’ll be OK.”

De Anza will be hosting five meets this season, including the Coast Conference Trials and Finals on April 24 and 27.