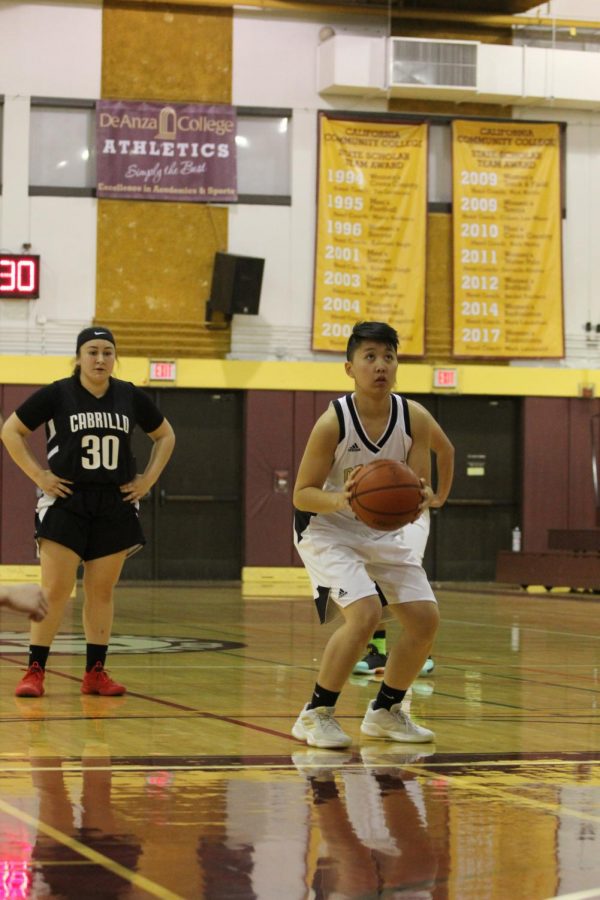 Faith Ann Serrano, guard, lines up a free throw during a home game against Cabrillo College on Jan. 23

The guest team asserted their dominance from the beginning, but the Dons fought back and scored some feisty baskets.

However, those baskets were too few and far apart.

Hannah Lee, 18, kinesiology major, who scored a few remarkable baskets, said that they will continue to fight and aims to win against Hartnell in their next encounter later in the season.

“We battled against the number one team in our league and unfortunately fell short,” said Lee.

Sophia Rose Rodriguez, 20, social and behavioral science major, believes there is a need to lock down on defense for the team to get better results.

“The game had a lot of back door layups that kind of killed us today,” said Rodriguez.

“We are going to see them again and get them the next time!”

Head coach Mike Allen encouraged his team throughout the match and was undeterred by the loss.