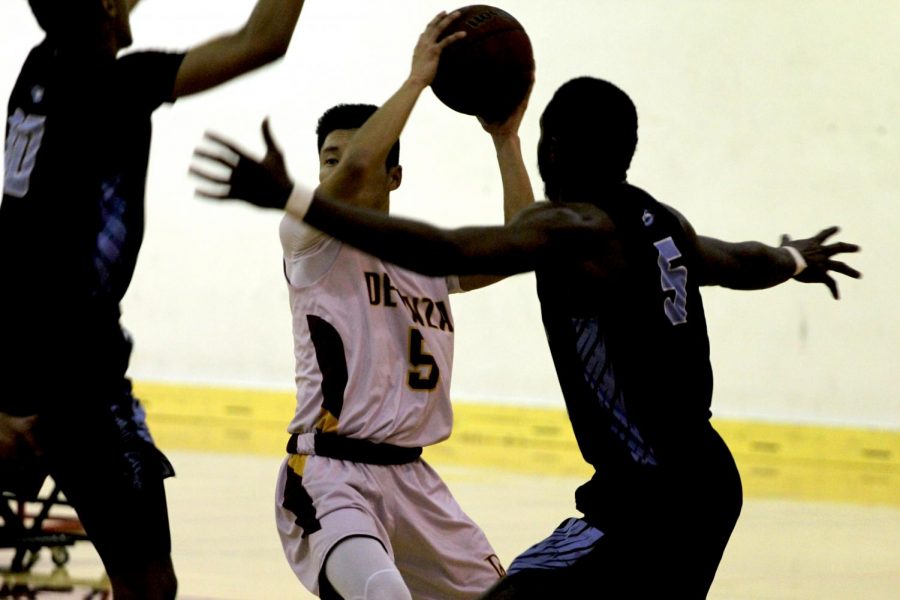 Blake Uyehara, guard, battles against two defenders as he looks to pass at the Jan. 23 home game.

The game was of high energy and was filled with potential highlight reels throughout the match.

Dominic Simpkins stood out above the rest, as he dominated by notching a double-double with an astounding 28 points and 10 rebounds.

Unfortunately, it wasn’t enough to get the win.

However, Simpkins was confident the team would bounce back and grab the win in their next game.

“We have to work on our defense and have to grab more offensive boards,” said Simpkins. “We need to start off strong and have the right mindset going into this next game”.

Head coach Jason Danjanovic was similarly confident about the next game, while full of praise for the opposition team.

“Cabrillo is just a really good team and they’re not No.15 in the state for no reason, they came off the bus and did what they had to do,” said Danjanovic.

“We’ll keep getting better as we go along the season”.