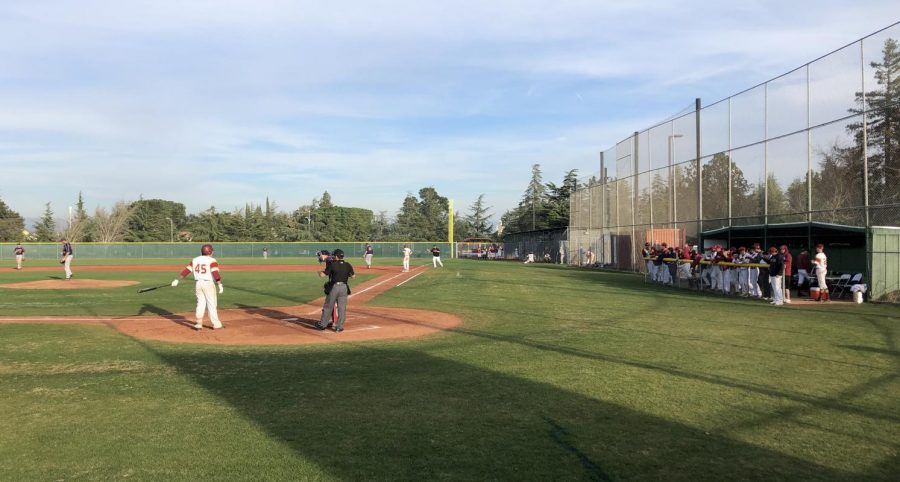 De Anza College’s baseball team fell to their second loss of the season on Tuesday, Jan. 29, losing by a score of 11-3. The visiting Santa Rosa Bearcats took advantage of a big eight inning were they scored eight runs.

A tightly contested match throughout, the Dons scored two consecutive runs at the bottom of the 4th inning to tie the game, 3-3. After a scoreless slugfest throughout the next three innings, the momentum soon shifted in favor of the Bearcats.

Santa Rosa capitalized on questionable calls, collisions that forced play stoppages and Dons’ mishaps, jumping out to an 11-3 lead that they did not squander.

The Dons are currently 1-2 after their first three games.

Specific mental miscues occurred in the game that led to the Dons’ loss.

Most of the Dons’ mistakes, including this one, occurred at the top of the 8th inning, with Santa Rosa at bat.

However, a momentum change may not be far off for the Dons. A specific mantra surrounding the team may be the key to an early season turnaround.

“We kinda have a saying; just do your job, do your responsibility, and what you’re supposed to do, and everything will be fine,” said Raich. “Do what I tell them to do. Simple. Do your job. If they do their job, we’re gonna be fine.”