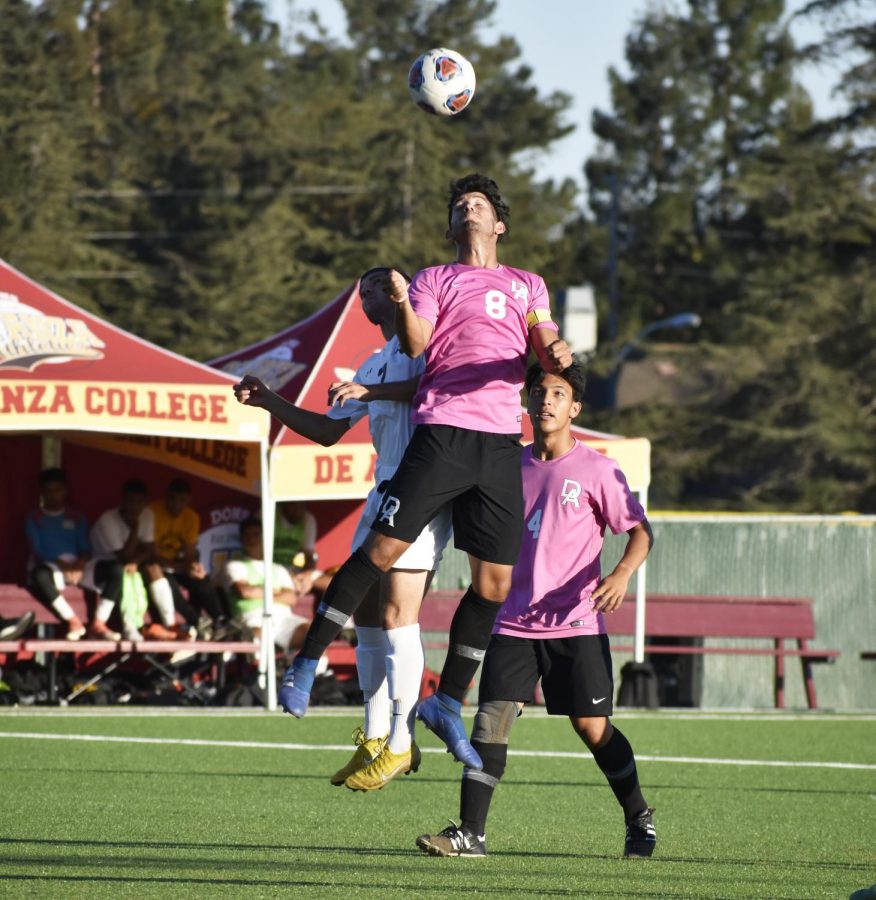 Captain Brian Alvarez, fights for the head during the game on Nov. 10.

The De Anza College men’s soccer team held their heads up high after falling short against Fresno City College on Nov. 10, despite their successful run making it into playoffs.

The soccer team faced a lot of issues during games leading up to the end of the season according to captain, Fernando Biorato, 19, nursing major.

“This year we have had a couple games that we faced a lot of adversity,” said Biorato. “Next season we’ll improve by staying focused all season.”

Despite being the number eight team in the Northern California conference and 18 in California, the team had Fresno against the wall the entire game, until near the end when Fresno was able to steal the only goal scored the entire game.

“It’s something we sign up for as soccer players and coaches,” said coach Rusty. “Is a game that could go either way.”

Despite losing their last game against Fresno, captain Brian Alvarez, 19, kinesiology major, is still happy with how the team did overall in the season.

“Looking back the way it ended, it wasn’t the worst way to lose” said Alvarez “because they were number one in California and we did a good job holding them against the wall.”

“Heading to playoffs, we didn’t see ourselves as number 8,” said Biorato “records don’t mean anything, it’s just who shows up and this mentality should be carried for next season.”

As for recruitment for next season coach Rusty has already begun reaching out to players, building strong relationships and he has a good formula in mind regarding their fitness level as well as keeping his players on task for their academic progression.