After shaky start to season, Dons strive to come back swinging1 min read 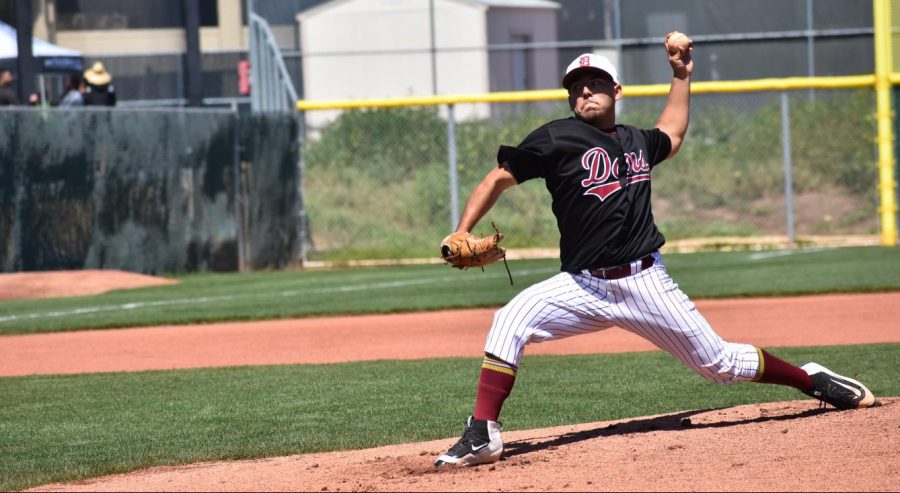 Daniel Ramos winds up to pitch at home against West Valley College on April 14. The dons lost 2-1

Having regained their head coach and home field, the De Anza College baseball team is looking to regain momentum  and right their season record.

On Friday, March 23, Erick Raich was reinstated as head coach of the baseball team.

Before his reinstatement, Raich had been on administrative leave since Feb. 26, following issues with the new baseball field.

“It feels great to be back and I love each and everyone of my players for their support.”

As for the baseball team’s prospects for the rest of the season, Raich acknowledged obstacles.

“We dug ourselves a little hole in regard to our conference record,” he said.

“However, I think once we get healthy we can make a push for a conference championship.”

After a series of delays, the Dons played their first complete home game on the new field over spring break, on April 3.

De Anza emerged victorious with a final score of 8-4 despite a 17-3 loss to Chabot  the previous day.

While team members and staff expressed appreciation for the new field, parents have continuing aesthetic, functional and safety concerns surrounding the state of the baseball facilities.

Parent Jerry Nastari voiced concerns via email to various administrators, citing “debris pile in the spectator area…Degraded dugouts and poor viewing/seating…scoreboard in need of repair…baseballs roll under the outfield fence…edges of the infield grass were not well trimmed.”

Additionally, a plot of land behind the dugout is cordoned off for the preservation of nesting grounds for native killdeer, a protected species of bird.