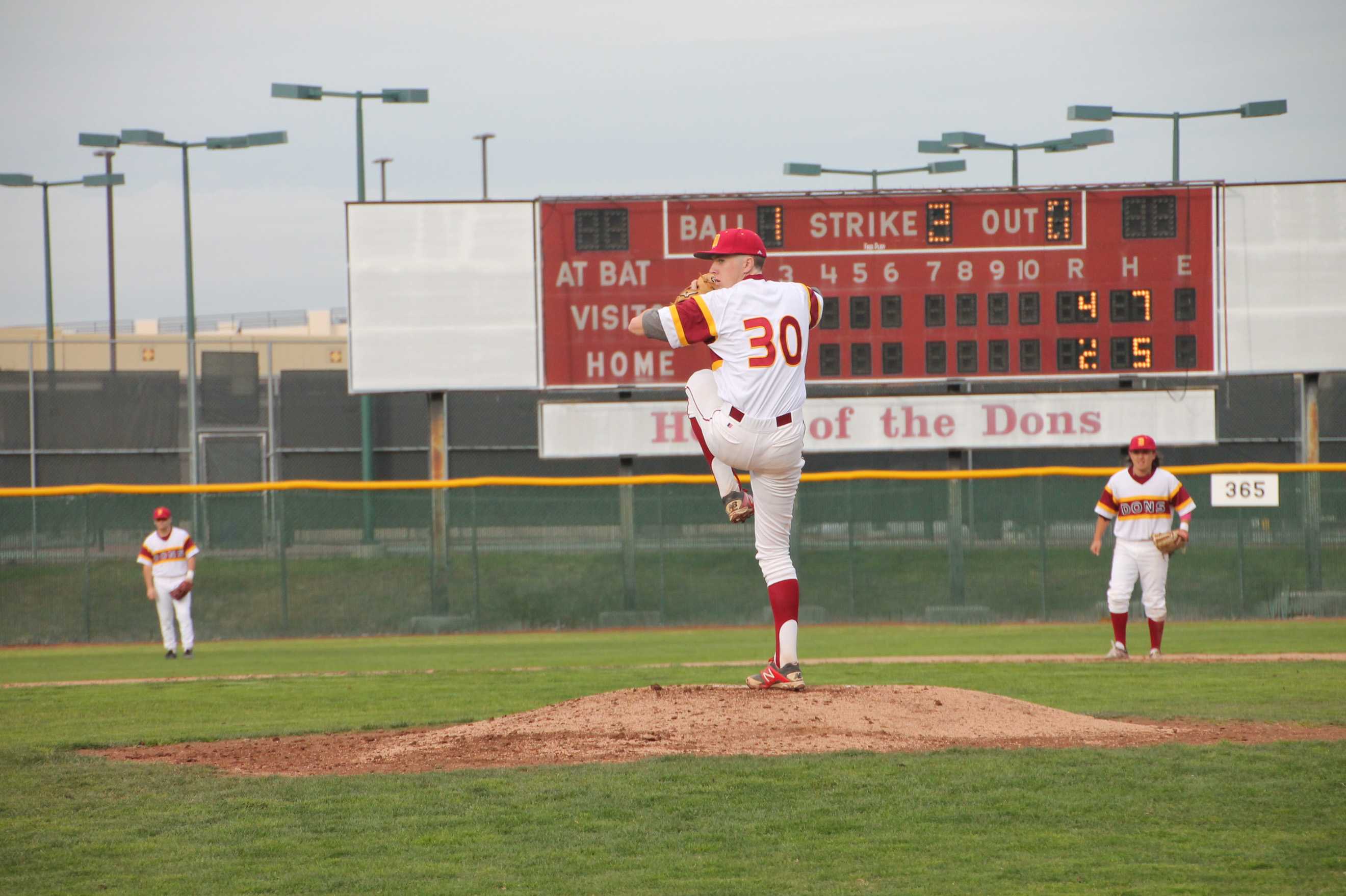 Freshman RHP Kevin Hahn (30) winds up on the mound in the Dons 7-6 win over the Yuba College 49ers. Hahn pitched three-and-one-third innings of two-hit ball for De Anza. (Adrian Discipulo)

Freshman RHP Kevin Hahn (30) winds up on the mound in the Dons 7-6 win over the Yuba College 49ers. Hahn pitched three-and-one-third innings of two-hit ball for De Anza.

With the bases loaded in the bottom of the ninth inning, first baseman Abe Arias hit a walk-off single, sealing the victory for the Dons in their home opener against Yuba College 7-6 on Thursday, Jan. 28.

Arias was an impressive 4 for 5, scoring one run and led the team with three RBIs. He is one of the handful of veterans the team relies on to lead the relatively young roster, head coach Erick Raich said.

“He’s a leader,” said Raich who starts his second year as the baseball coach at De Anza College. “Guys look at him as a leadership type guy and a presence, and watching him transform has been fun to watch.”

After getting ahead early in the first inning, the Dons found themselves in a 4-2 deficit in the third. Raich opted for another freshman for relief, RHP Kevin Hahn.

Hahn pitched three-and-one-third innings of two-hit ball and did not allow a run to score. Even when he had runners on second and third in the top of the sixth, he pitched himself out of the jam, flying out the batter and ending the inning.

“I had confidence in my stuff,” Hahn said. “I know when I have good command on all of my pitches I can put up good results like I did today.”

Raich also praised his freshman pitcher and said he envisions a bridge role for Hahn, between the starters and late relievers.

“He came in and put the fire out,” Raich said. “He’s mister consistent.”

In the bottom of the sixth, back-to-back singles from veteran 2B Joey Shimono and Arias led to a bases-loaded opportunity for De Anza, who trailed Yuba 4-2. A wild pitch sent Shimono home and an RBI by sophomore infielder Alex Roque scored Arias, tying the game 4-4.

But the celebrations were short-lived. Yuba responded in the top of the seventh inning with a one-out triple to deep center, forcing Raich to pull Hahn and send freshman right-hander Wyatt Austin in relief.

Austin had some bad luck. The defense allowed one run to score on a fielder’s choice and then a passed ball on a throw to first put the 49ers ahead 6-4.

In the bottom of the seventh inning, the Dons loaded the bases with Arias at the plate. Yuba walked Arias, sending freshman Nolan Dempsey home. A sacrifice-fly ball allowed the runner on third to score, tying the game 6-6.

Dempsey was one of the freshman stand outs who sparked De Anza’s offense, going 2 for 3 and scoring two runs. The Dons roster fields 22 freshman and seven returners. Raich said he liked what he saw from his freshman players, but wants to see his players perform without the first-game jitters.

Quick work from freshman RHP Justin Contreras in the eighth and ninth innings set the stage for a big opportunity for Arias in the bottom of the ninth with the bases loaded. His single to right field iced the game.

“Hitting home runs is not really big when you got guys on base you want to bring them in,” Arias said. “That’s how you win games. That’s how the game of baseball should be played.” 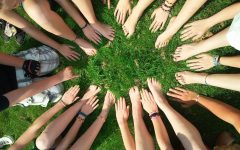 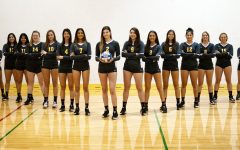