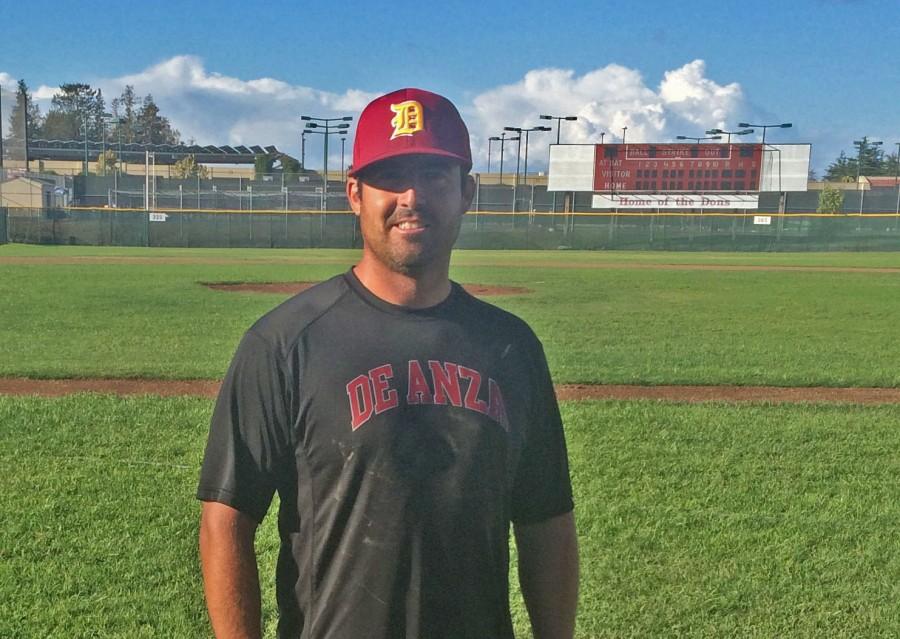 De Anza Academic Director Kulwant Singh announced the hiring of Erick Raich as the new head baseball coach of the Dons this summer.

Raich comes to De Anza from Palo Alto High School where he has been the head baseball coach since 2009. Raich won the Central Coast Section Division I baseball championship in 2011 while sharing or capturing four division titles. Raich was named San Jose Mercury News Coach of the year in 2010.

“Erick is an up and coming coach” said Singh “He came very well regarded and was a winner at his previous job.”

Raich is currently the Head Director of California Club Baseball in which he surveys young talent and trains them to compete at the highest level. Using his eye for talent, he was able to recruit 12 players to the De Anza program.

In addition to Palo Alto, Raich was the assistant coach at West Valley College where he was apart of two Coastal Conference Championships led by Hall of Fame coach Mike Perez.

Along with Perez, influences from Hall of Fame coach John Oldham and his own father who also joined the staff, have allowed Raich to try and create a winning atmosphere to the team. Added to the atmosphere are seven new coaches who will teach and evaluate the 50 plus players involved in the program.

After a 3-31 season and resignation of the former head coach, the De Anza baseball team is in need of some much needed changes. A major focus is improving the overall condition of the baseball field in which Raich wants to transform into a state of the art facility for the players. To achieve this he must find major donors and fundraise while focusing on bettering the other aspects of the team.

“We need to get back to basic fundamentals” said Raich “Not try to do everything all at once but build slowly through the fall and create a strong foundation for the season.”

Raich enjoys taking teams from the bottom to the top and that is exactly what is needed for the baseball program. Even from afar, he noticed the potential of De Anza baseball and is now looking to use his coaching techniques to jumpstart the team.

“My expectation as a coach is that the players are not only good on the field but good in the classroom as well” said Raich “If you are successful in life, you’ll be successful in baseball and that’s the winning attitude I want to bring.”