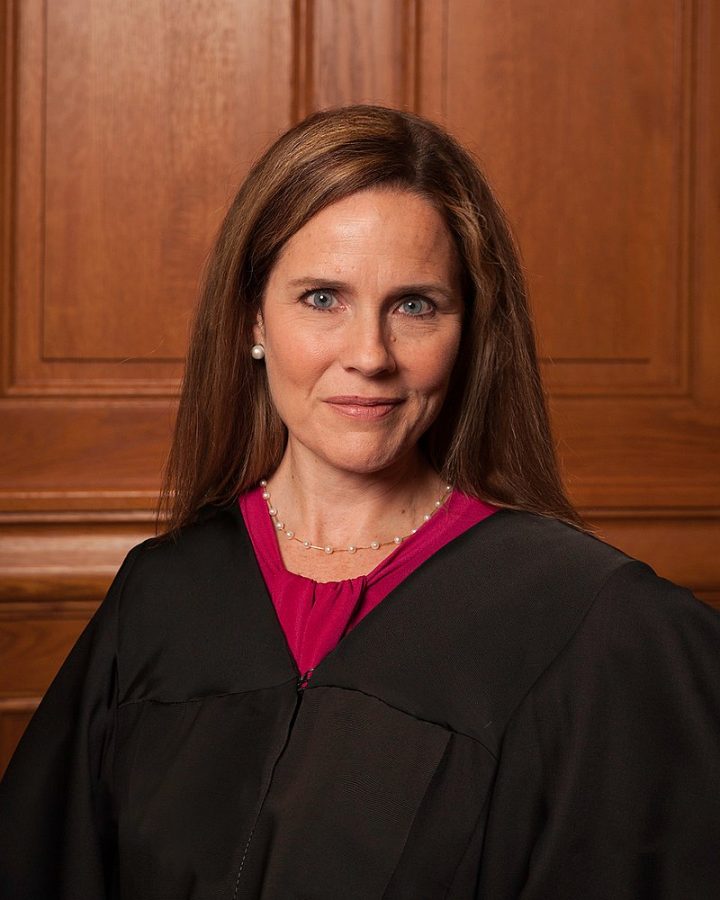 Amy Coney Barrett was confirmed as a Supreme Court justice on Oct. 27.

De Anza College students and staff said they are concerned over the future of healthcare and women’s rights because of the recent confirmation of Supreme Court Justice Amy Coney Barrett on Oct. 27.

With the addition of Barrett, the current Supreme Court now has a majority of six conservative judges. With a conservative majority already in the Senate, and the possibility of President Trump’s reelection, conservative policy will be easier to create and implement.

Nathan Van Ngo, 17, facilities management and an environmental studies major, said, “From an ideological standpoint, there would probably be an end to public services fulfilling public needs, most likely using the private sector to supplement things like transportation, prisons, and even parole.”

“This also means the crises faced by LGBTQ people in healthcare and the crisis at the border will also continue,” Ngo added.

“There is a question of whether the emergency contraceptive pills wouldn’t be something we could continue to offer,” she said.

She also said that services referring students to abortion clinics would be at risk.

The future of the Affordable Care Act, enforced by former president Barack Obama since 2010, is also under question.

Sullivan said she would “really be surprised, in light of a pandemic,” if the ACA becomes invalid.

“It should be a right, everyone’s entitled to good care,” Sullivan said. “You’re not as much of a cost burden on the taxpayers because you don’t have to have the big surgery, you don’t have to pay the big medicines.”

Ananya Bapat, 19, a political science major, said “I feel like she would try to move to repeal it because I know that she wants to overturn Obamacare.”

Professors and students also shared concerns about how a conservative majority would affect women’s rights.

Robert Stockwell, political science professor, said the conservative “activist judges” will “actively remove rights that have been enshrined in precedent.”

“Women’s rights will definitely be negatively affected,” said Bapat. “We’ll have to fight, even more, to make sure the rights of women.”

Roe v. Wade, the Supreme Court case that gave women the right to access abortion, is rumored to possibly be overturned.

“It has long been a dream of the right-wing in America to have a SCOTUS that was a conservative majority to reverse Roe v. Wade,” Ngo said. “The impact of Amy Coney Barrett is the new Supreme Court Justice will be felt in as soon as a month as the court weighs in on an abortion case from Pennsylvania.”

Stockwell said undocumented students and international students will face difficulties because of possible new policies that would endanger their protection and rights.

“With a 6-3 conservative majority sitting on the Supreme Court, DACA is in a weaker position than it’s ever been before,” Ngo said.

Ngo said that students and faculty need to vote to fight back against the possible conserative rulings.

“I encourage all De Anza students and people in general to vote, no matter the difficulty as a healthy democracy represents the will of the people and our voices no matter how large or small matter,” Ngo said.