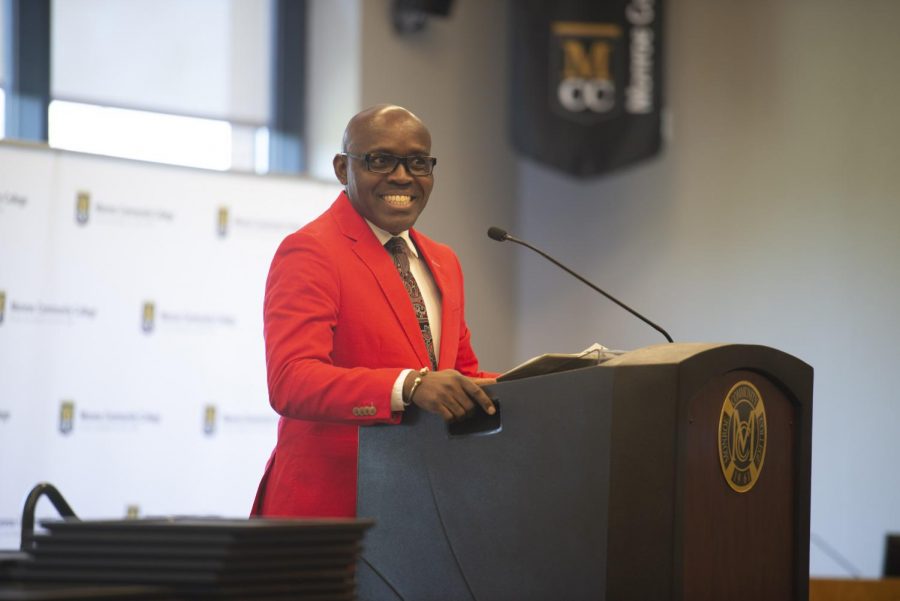 A student came into the student center at Coastal Carolina University, where Lloyd Holmes was working at the time, with a tattoo on his wrist that said ‘life is beautiful.’

“He said to me, ‘I suffer from major depression and I’ve tried to take my own life five times,’ and so now every time I move into this space I look down and I tell myself that ‘life is beautiful,’” said Holmes.

“You know, early on in my life, I heard quite often from individuals outside of my family that I was less-than,” he said.

Holmes, who is gay and black, said he had to face both homophobia and racism in his professional career.

“Growing up I struggled with accepting all of me and who I am,” said Holmes. “Luckily, I got to a point where I had to accept, you know, all there is about me and the richness that creates who I am,” he said.

Holmes said he wanted to carry on those lessons with students, faculty and staff.

“It’s the weight we carry that allows us to become much stronger,” he said.

Holmes, who grew up in the south and said he never wanted to live in a place that he had to shovel snow in, eventually took a job in Boston working in higher education, transferring from his previous jobs as a dean at the University of Mississippi and Coastal Carolina University.

“I ended up in Boston,” said Holmes. “The second day that I was there, there was nine inches of snow outside.”

Holmes viewed this job as a chance that he should take.

“When opportunity knocks you should at least open the door,” he said.

Holmes later found he and his husband, who had never previously been to San Francisco, discussing living in the Bay Area shortly before the opportunity arose to apply to be De Anza’s new president.

Currently, De Anza College is the only presidential position that he is applying for.

If Holmes receives the position, he said he knows he will have to address the COVID-19 pandemic.

He hopes to lead during this crisis as being open about tough decisions and providing stability during times of uncertainty.

“I think it’s important that number one, we’re transparent about the challenges we’re facing,” said Holmes. “I’m not one of those individuals that believe that we have to try to cover things up and keep it underneath the rug.”

Holmes currently meets with the student government at his college on a weekly basis, now online, in order to hear student voices.

“The student’s voice is just as important, or more important, than the administration,” he said. “It’s critical.”

Holmes plans to continue to be in good contact with the student government if he is selected, because he said that without speaking to students, the administration misses out.

“Oftentimes, I think that the experience of our faculty and staff may be relaying to us, it’s from their lens, and not from the lens of the student,” said Holmes.

Holmes plans to bring his vision of diversity, equity and inclusion to De Anza College if selected on June 2.

“No matter what the struggle is, ‘life is beautiful,’” he said.

You can provide feedback on the candidates here.