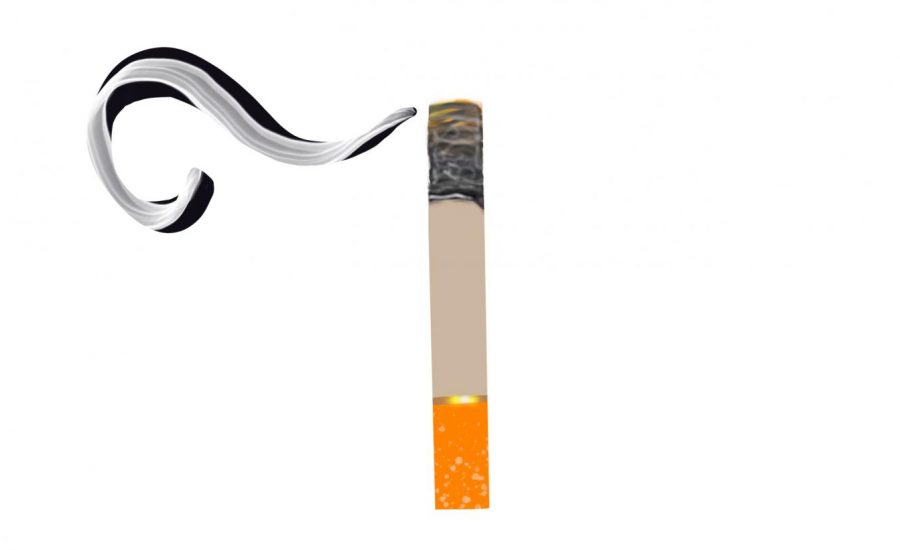 A 100 percent smoke-free De Anza College campus might be a possibility for future students after a proposal by Chancellor Judy Miner at the Chancellor’s Advisory Council meeting on Oct. 5 and health and wellness director Mary Sullivan’s proposed policy to the Foothill-De Anza district on Monday Nov. 5.

De Anza’s academic senate voted on Nov. 26 to agree that De Anza should ban all smoking.

The California Community Colleges Board of Governor passed a resolution encouraging all community colleges to move towards becoming smoke-free, and as an incentive is offering grant money for cessation and enforcement efforts.

De Anza is a non-smoking campus, but has three designated smoking areas located on the edges of campus near Staff Parking Lot A, Parking Lot B and Parking Lot E where students tend to congregate to socialize and take smoke breaks in between classes.

Students say these smoking sections allow them to practice their habits in a non-judgemental environment and are aware of the view non-smokers have of them, so they go out of their way to be respectful by regularly cleaning up after themselves.

“They look at this like it’s an eyesore,” said Marc-Anthony Jackson, 24, film major. “That’s why the people who come here often are always cleaning it up.”

During an academic senate meeting on Nov. 5, health and wellness director Mary Sullivan said she wants to bring more enforcement to the smoking policies at De Anza by removing the designated smoking areas.

“We don’t want to lose any of our students to other community colleges due to lack of designated smoking area,” said DASB senator Josephine Lukius.

David Ulate, the district’s executive director of institutional research and planning, pointed out a smoking survey was conducted in 2016.

The survey, which had 3,662 responses, said 52 percent of respondents were worried about their health exposure to smoke in relation to second-hand smoke in designated smoking areas and student parking lots.

Brieanna Varney, nursing major, said she prefers keeping the smoking areas rather than getting rid of them.

“It smells whenever I walk past but if they have at least somewhere to go smoke they won’t be tempted to do it inside the campus,” she said.

The idea of conducting a district-wide survey this fall was asked by council members, but Ulate said it wouldn’t be a good time to add another survey since several other surveys were already planned this fall.

Some of those who congregate at the smoking areas say that over time, these areas have become somewhat of a community for them where they see familiar faces and share a social moment in between classes.

“Personally, it’s almost what motivates me to come to school in the mornings. Not the smoking itself, actually I don’t even smoke, but seeing these people who I’ve created an actual bond with on a daily basis.” said Ethan Hardrave, 20, environmental science major.

Chancellor’s Advisory Council members agreed that they would talk with their constituencies and report back at the next meeting.