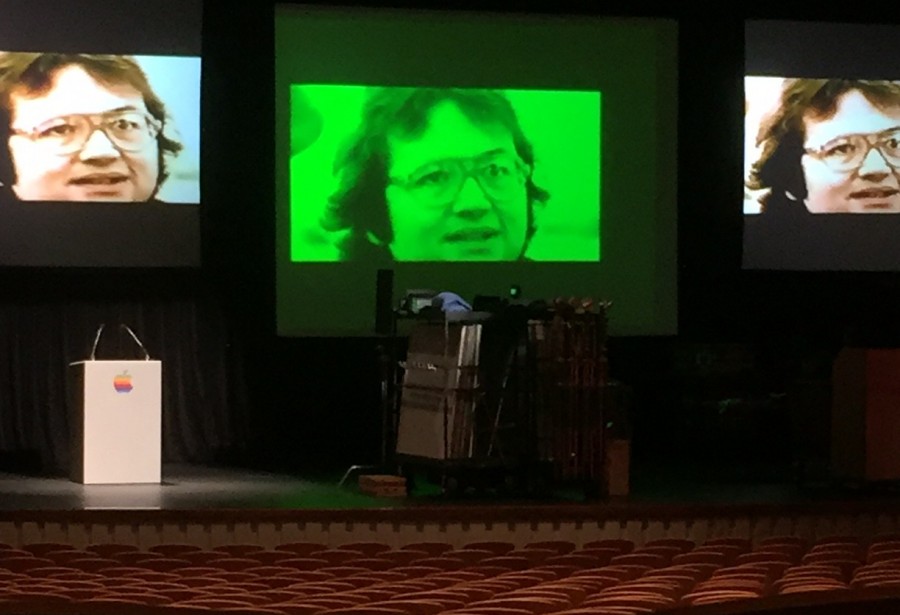 De Anza film students on Feb. 2 experienced a day in Hollywood production as they assisted in the filming of director Danny Boyle’s new Steve Job’s biopic.

Students were selected based on their work performance, peer cooperation, level of courses they have taken and education and career goals.

“Everyone was super professional, exceedingly polite, and Danny himself is most expeditious as a director,” Hilde said. “He knows exactly what he wants, and moves through setups at lightning speeds.”

Todd Marks, computer and video playback supervisor, and Dan Henderson, dolly grip, both alumni of De Anza’s Film/TV Department as well as Kathleen Courtney, unit production manager and Chris Baugh, location manager took the time to sit with students to talk about their careers and answer their questions.

“They were so gracious and generous with their time — and lively, informative, sincere and funny,” said, Susan Tavernetti chair of Film/TV department. “Everyone in attendance realized that they were experiencing a very special event and were so appreciative.”