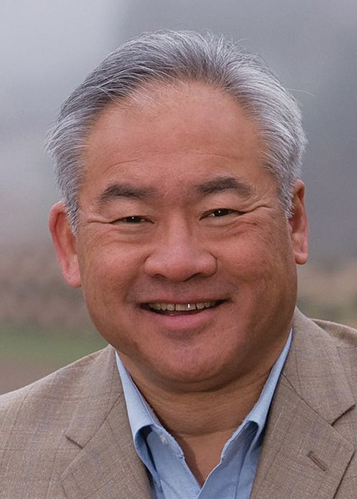 Following the results of the election, Fong said he was “disappointed, but not surprised.”

“In any election, midterms specifically, the pendulum swings to the opposite side. For this election, conservatives showed up well; Republicans were elected left and right,” Fong said. “A lot of it is seeing how well the other party did, and building on that. For a lot of people, if they weren’t sure before, they were as midterms drew closer.”

Fong, a former California state legislator and assembly member, can trace his roots back to many places in the local community.

Ramsey Ghamrawi, 21, finance major and former DASB Senate member, had the opportunity to work with Fong after hearing him speak at APALI’s Youth Leadership Academy at De Anza.
“He was down to earth and gave us time to ask him questions,” Ghamrawi said. “He really wanted to spark some light in students.”

Fong kicked off his political career when he ran for the Foothill-De Anza Community College District Board of Trustees in 1992. He served the district from 1993 – 2008.

Next, Fong ran for State Assembly and defeated Republican opponent Brent Oya in the 2008 general election with a major landslide victory of 76.2 percent to 23.8 percent.

Throughout the years, Fong made his name known in the community both as an advocate for the Asian-American population and as a community leader.

He has mentored a number of prominent Asian-American politicians and organizations, some of whom are still at De Anza.

As for what’s next for the 62-year-old politician, the future is still unwritten.

“I’m a progressive, but it’s a regressive time” Fong said. “The pendulum is swinging to the right, but in two years, we’ll see,” Fong said.

“I don’t know for certain, but we have a good shot at taking this back the next time around” he said.

“To pursue a career in public service is noble. We always hear about what’s happening at the top end of things,” Ghamrawi said.

“People need to give their attention to the local stage. Students that are studying political science should check out DASB, any clubs with relevance to politics, and ask their local representatives if they have any open internships. Trying to figure out what type of politics you’re interested in helps out.”

Fong stressed the importance of getting involved and staying connected with your community.

Fong said students should start small with school board seats, city council and local positions and just build from there.