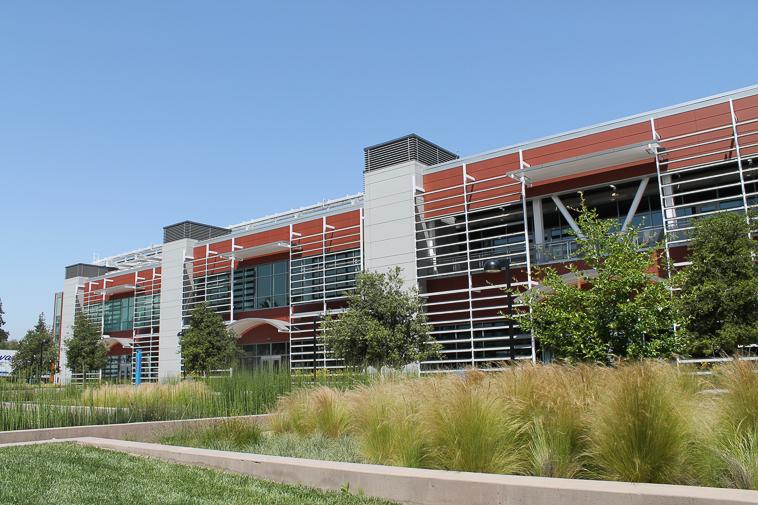 The Foothill-De Anza Community College District received $77,270 for energy efficiency improvements on campus at a ceremonial check presentation on March 1.

PG&E awarded the district for De Anza College’s Media & Learning Center and upgraded heating, ventilation and air conditioning systems in the A9 and PE6 buildings.

“With all the construction or renovation we do at De Anza – we have an eye towards energy efficiency,” said Marisa Spatafore, director of marketing and communications at De Anza.

Since the MLC opened in Fall 2012, it has saved the energy equivalent of powering seven homes for a full year, according to a De Anza press release. The ventilation improvements saved enough energy to power nine homes for one year and avoided the equivalent of 37.49 metric tons of carbon dioxide emissions.

In an email interview, he estimated this feature alone will save the campus about $18,000 in electricity costs annually.

The college is working on maximizing energy efficiency in individual campus buildings and other energy-saving projects, Schmidt wrote.

De Anza’s other eco-friendly projects include the Kirsch Center for Environmental Studies, environmental design certification for new and existing building plans for a campus-wide recycling education project, according to the college’s website.

The awarded funds will offset a portion of construction costs of the MLC building, and contribute to upgrading other campus buildings and implementing additional energy-saving improvements,  Spatafore said.

The PG&E award is part of the Savings by Design program which encourages environmental sustainability in building construction.

In an interview with the San Jose Mercury News, Vincent Mendoza, De Anza’s student trustee for the district board of trustees said, “It (the MLC) really shows that De Anza and its leaders on the board really care about environmental sustainability.”