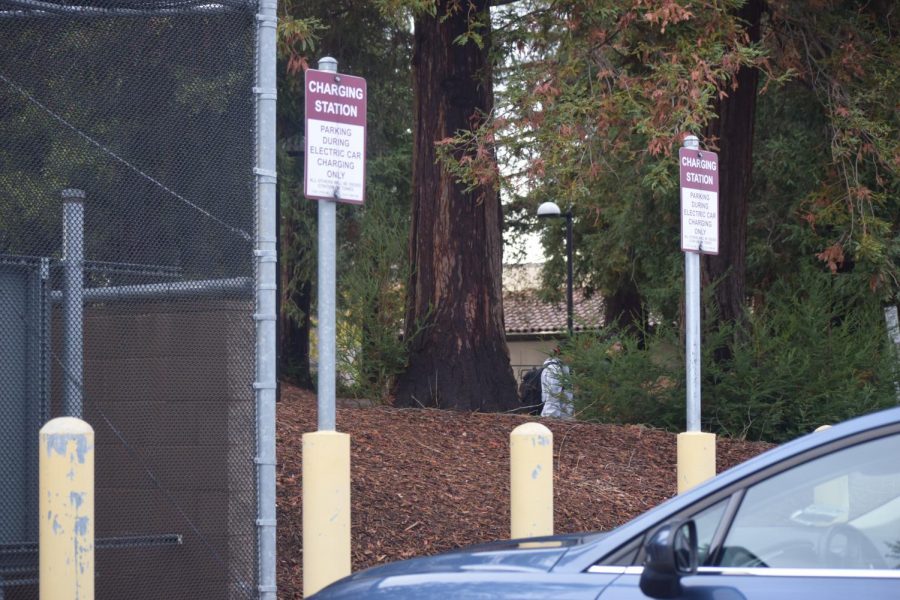 Faculty are still waiting to get a clear timeline and see a concrete action on the EV charging station replacements on campus.

This is affecting employees financially and affecting family life since they have to plan how to get from one place to another with no EV charging. Some of them have long commutes, said Carol Cini, history instructor and faculty representative of the Campus Facilities Committee.

In response to the long wait, Cini and Susan Thomas, an adjunct psychology professor, sent out a survey to faculty members asking about if they would use the new EV stations.

41 self-declared EV drivers at De Anza emailed their make and model of the car. A student volunteer counted about 90 EV and plug-in at the campus. 20 people emailed Cini that they plan to buy EV vehicles in future

“Ideally we would have charging stations at work and I would be able to run entirely on electric,” he said. “I would not have to burn gas on my way back from work and it would be better for the planet.”

Susan Cheu, Interim Vice Chancellor of Business Services, sent out an email to faculty indicating that she is aware that they are frustrated that De Anza doesn’t have charging stations.

She said that herself and her office are working toward getting working chargers on campus, but she does not have a specific timeline.

“The unresponsiveness of the district to rectify the situation is [unfortunate] so that faculty, staff and students who have invested in EV vehicles would have a means of charging their vehicles,” Thomas said.

The situation was last talked about during the last campus facilities meeting in October, where Cheu discussed the issue with faculty.

“The administration has not communicated with us on what the issues are,” said Cynthia Kaufman, Director of the Vasconcellos Institute for Democracy in Action and philosophy professor. “The lack of communication has been frustrating.”