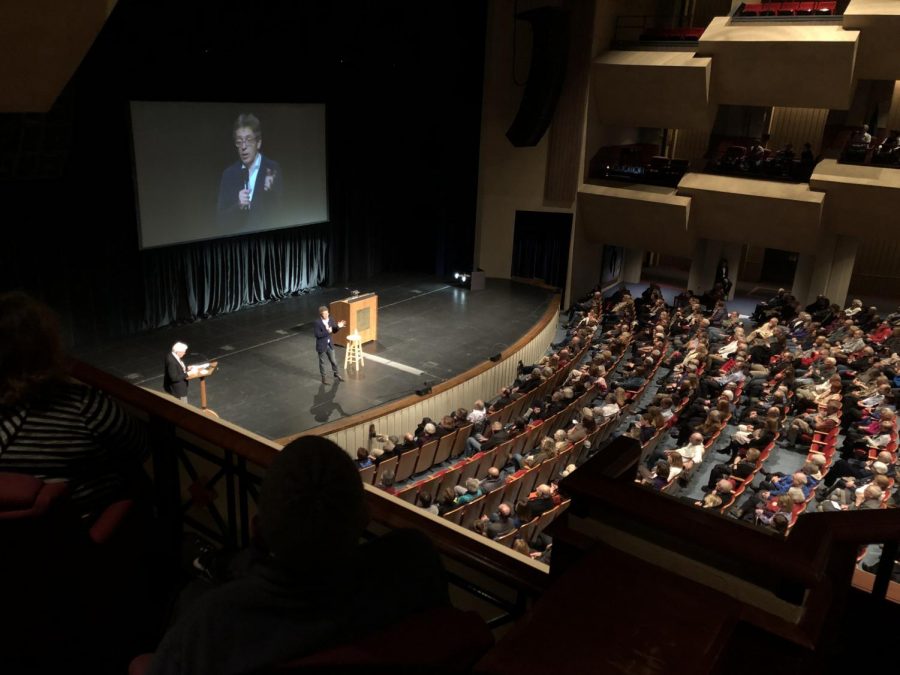 “How the hell did our country get to the point where we could elect that guy?” American political scientist, Ian Bremmer asked an audience at the Flint Center on Thursday, Jan. 17.

Bremmer hit the nail right on the head, when he informed the audience on global issues and how these issues drive controversies in the United States.

His goal in speaking, he said, was simply to inform the audience of what’s happening around the world, why it’s happening and in turn “reduce the level of crazy by 10 percent.”

Throughout the event, Bremmer had the audience laughing and clapping, making the politically centered event more light hearted and lively.

“I don’t believe that our country is falling apart,” he said.

Bremmer reassured the audience that his main focus was to create a roadmap of why headlines have been so controversial and why he believes the world is in fact, not going to hell.

When it comes to all advanced liberal democracies, Bremmer said a significant challenge we face that drives headlines, includes an immense portion of our populations who feel, with much justification, that the system is rigged against them.

“This is not because of Trump, Trump is because of this,” he said repeatedly.

“For those of us who believe if we just get rid of Trump it will all be fine again, no,” he said.

The problem is not rooted in our elected officials but it is rooted in who is electing them because, “that’s not going away and it’s not only happening in the United States.”

In the face of issues around the world, Bremmer spoke about hope and encouraged the audience to take on a new perspective on things.

Ian Bremmer is a part of ongoing Celebrity Forum events. organized by the director of student activies in Foothill, Robert Henning.