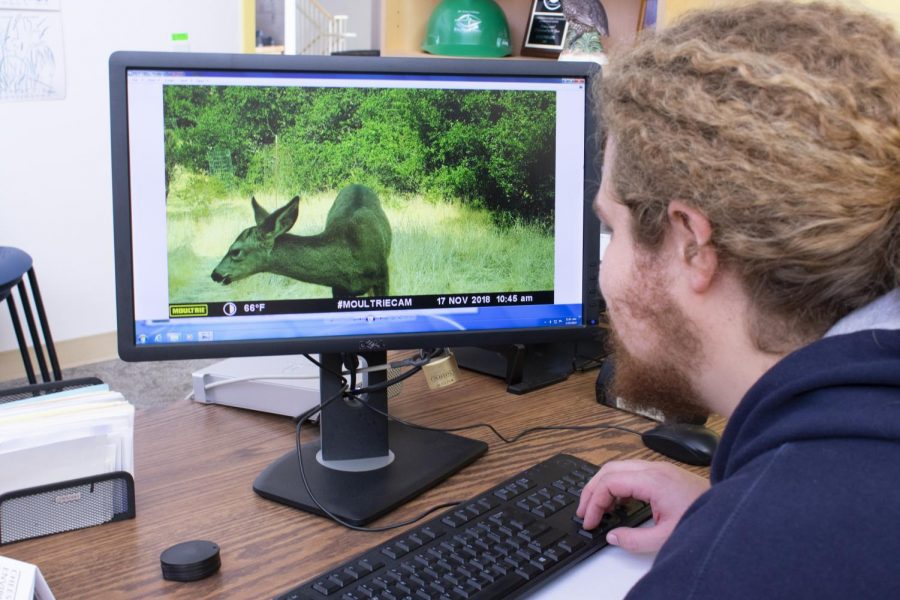 If you follow De Anza’s wildlife special project’s Instagram page, you might think that grey foxes, coyotes, bobcats, or even California mountain lions show up regularly around campus.

The project uses camera trapping (live camera feed) to track beavers and other wildlife throughout Cupertino and other communities.

Interns from De Anza have been working with the South Bay Clean Creek Coalitions to track beavers on Los Gatos Creek and track salmon.

The camera trapping is to show the public that wild beavers are creating dams.

By creating dams, they help to slow the flow of river, lab technician Mehran Karimi said.

“This goes to show how important it is to have these wildlife species around us because they do us a great service and they protect the ecosystem,” he said.

“I go through all the photos on that day I go to Arastradero and provide a detailed summary of what we captured as a whole,” Scott said.

Interns go into a bit off the beaten path and look for obvious signs like animal scratches or scat before setting up a camera said wildlife science major Emma Bonasera, 37.

She said sometimes they were wrong in their placement and boring to watch the wind.

Lesley Alfaro, wildlife science major, 24, said this program makes her want to be more humble, living a simple life, but at the same time engaging with the world and making it a better place.

“This is bringing awareness to something bigger than wildlife and it brought a lot of exposure to me,” Alfaro said.

“This gives a great POV in terms of the entire ecosystem,” Karimi said. “We’re showing how important it is to keep our creeks and forests clean and green.”

Backed by the environmental science department, the wildlife science project offers students to get a degree and opportunities to join the project.