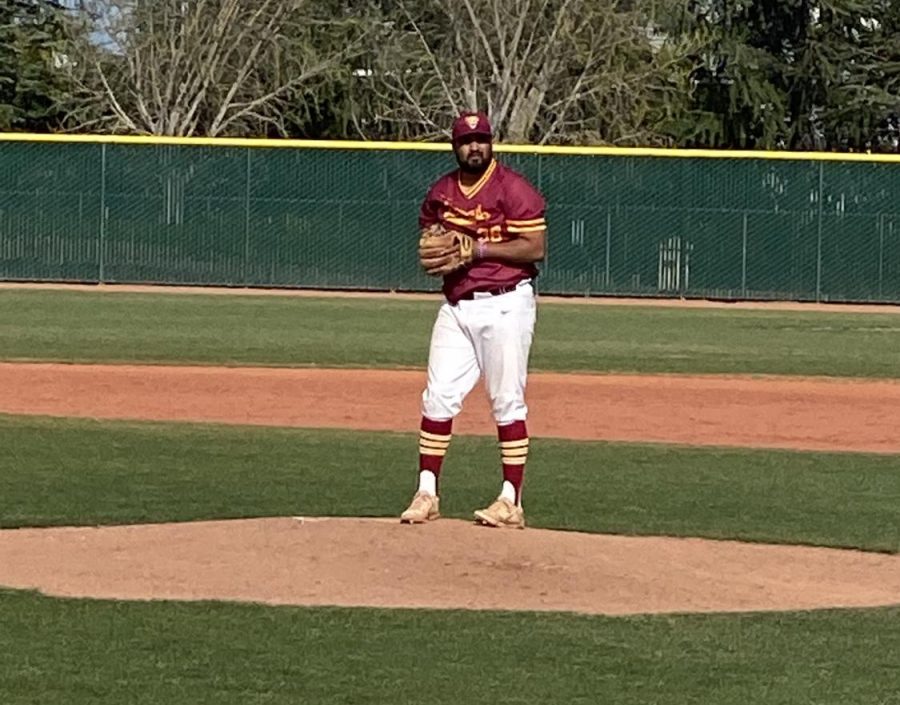 Coming off of nine straight losses, De Anza College was finally able to get back in the win column thanks to a complete game from pitcher Mat Garcia.

In nine innings, Garcia tallied six strikeouts and only allowed one earned run on seven hits.

However, you wouldn’t have known that judging from his start. The first three batters of the game loaded the bases for Monterey Peninsula.

But Garcia got out of that jam with a punchout and then forced a nice looking double play turned by third-baseman Ash Yusef and short-stop Jarret Chapman.

Throughout the game, Monterey Peninsula was able to get runners on base, but had trouble driving them home. They stranded nine runners total.

Garcia said he was able to work out of these situations because he changed up his approach.

“I was thinking too much, we simplified it,” said Garcia, “We focused on just throwing strikes. Just throw it in there where they like to hit it and see if they could hit it”.

The Mountain Lions were able to generate their two runs with smart base running and capitalizing off errors.

The first run of the game came in the bottom of the 1st when short-stop Jarret Chapman was knocked in by first baseman Aaron Marquez.

Marquez went two for three with an RBI.

De Anza’s other run was generated by outfielder Jaime Blanco who hit a single in the bottom of the 5th inning, who then came around to score on a wild pitch.

Monterey Peninsula scored a run in the top of the 8th to bring the score to 2-1, But De Anza felt confident enough to trot Garcia back out for the 9th. Garcia got the job done with ease as he pitched a quick three up three down to seal the victory for the Mountain Lions.

After pitching a complete game, Garcia broke down why his performance was so successful.

“Throwing first pitch strikes, getting ahead in the count” said Garcia.“Make sure my offspeed is hitting the spot and keeping them off balance”.