All for the love of the game2 min read 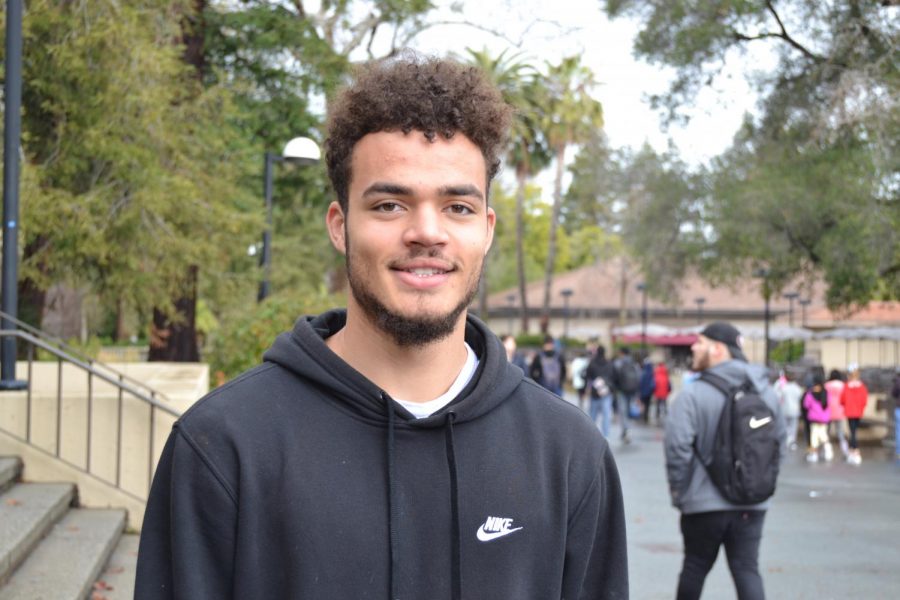 De Anza College basketball player Dominic Simpkins, 19, communications major, fell in love with the game of basketball ever since laying his eyes on his own, first ever ball at age 5.

“I never stopped playing the game since then and it has been a part of my whole life,” said Simpkins.

As a youngster growing up in San Jose, California, he fell in love with the feeling of basketball and the competitiveness of being on the court.

Simpkins knows basketball has done more than just serve his passion, it has also helped him emotionally and mentally.

“I touch a basketball every single day and it takes me away from any issues I have to deal with outside of the game.”

He has one older sister and like all pursuing basketball players, Simpkins aspirations and goals include playing basketball at a four-year university and graduating with a degree.

He enjoys listening to music in his free time and improving his skills by playing basketball.

The aspiring player has been putting in the work necessary to reach his goals and states going through the everyday struggles of an athlete can only take him closer to his dreams.

“I’ve been through the grind,” said Simpkins. “It’s just a cycle of working out every single day and making sure you go hard.”

His strong work ethic is a reflection of the undying support and respect that his mother and father give him.

“My mom and dad inspire me the most since they are my biggest supporters,” he said. “They are by my side through everything and I really appreciate them for that.”

“He inspires me because I always think of which NBA player would excel on the court in these types of situations and the player that always comes to mind is Kobe Bryant.”

Simpkins has been preparing for next season by working out two to three times a day, making sure he shoots 500 three-point attempts each day and doing lots of jumping exercises.