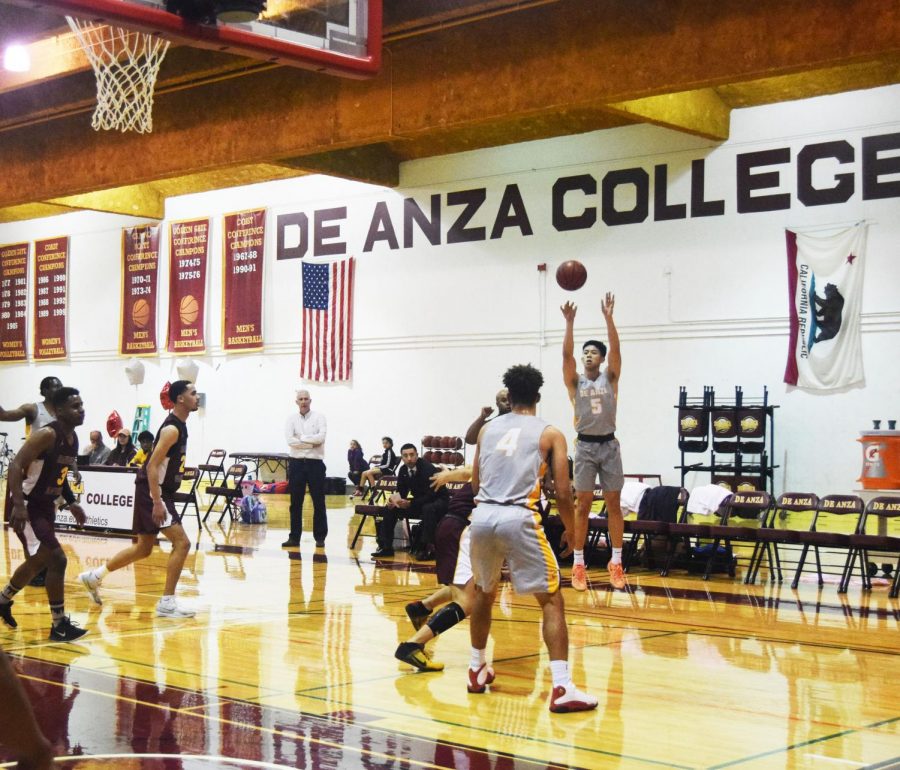 It was the last home game of the season and his last game playing for De Anza College when John Vergara, 20-year-old sophomore, stepped on the court and saw his mother and father sitting in the bleachers.

“My dad has never really watched my games and when he does watch my games he’s really hard on me and criticizes me often, but that’s actually helped me a lot in getting better at basketball,” Vergara said. “I guess I really wanted to play better for him too.”

Vergara not only played well, he played his best game yet scoring an incredible 47 points for his team. Vergara said there was some ease in his first shot and that somehow the rim felt just a little bit bigger and before he knew it he had gone 9 for 9 from the three-point line.

While Vergara has had success on the basketball team, it hasn’t always come at an easy cost. Playing on the team meant missing out on classes required for his major but Vergara said he had absolutely no regrets and that the time spent on the team was worth it.

Having played his final college game, Vergara is now going into the rest of the year focused on enrolling and excelling in the classes needed to major in kinesiology.

Vergara credits his can-do attitude and strong work ethic to the way he was raised. Growing up his father pushed him to always do better and strive for bigger goals.

“I see now that it really just propelled me,” Vergara said. “I can’t settle and I just have to be better and better every single day.”

Vergara lists his father amongst his biggest influences. “The way he prioritizes his family first and never complains, that is the way I want my priorities to be…family comes first,” he said.

Off the court, you can find Vergara juggling being in class, spending time with his family, his girlfriend, and his friends. Vergara said he hopes to stay close to home and transfer to San Jose State University in the fall of 2021.