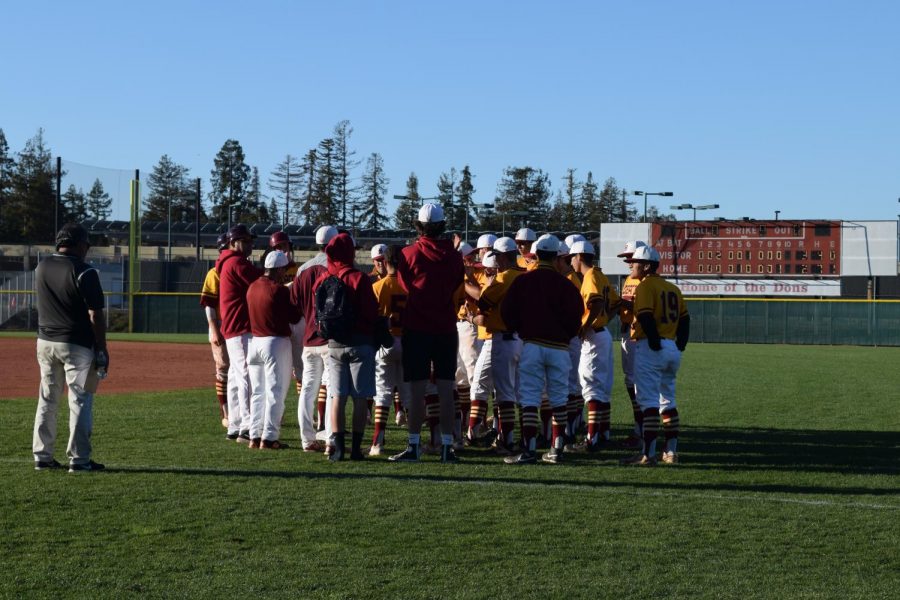 De Anza's baseball team gather around after a close game.

Despite the final score, Kody Decker, 21, criminal law major was quite happy with the way things turned out.

“There was a lot of improvement, everyone’s growing and we’re more of a family and a unit playing together,” he said.

The game had a strong start with multiple foul balls in the bottom of the first inning. It also had a steady pace with both teams catching up to each other.

De Anza got a lot of steals in the fifth inning but unfortunately did not capitalize on them to score runs.

Alex Woo, 19, business major was a real asset to the team after stealing most bases and trying to create scoring opportunities.

“There’s room for lots of improvement,” he said. “It was a competitive game and when I struck out in the bottom of the sixth is something I wish I could have changed but overall a great game.”

“They looked sharp, they were engaged, they were focused,” he said. “I’d rather lose that way, just happy they were in the game being ready and knowing the game and what we need to do.”

De Anza’s next baseball game is set for March 17 against Gavilan College.