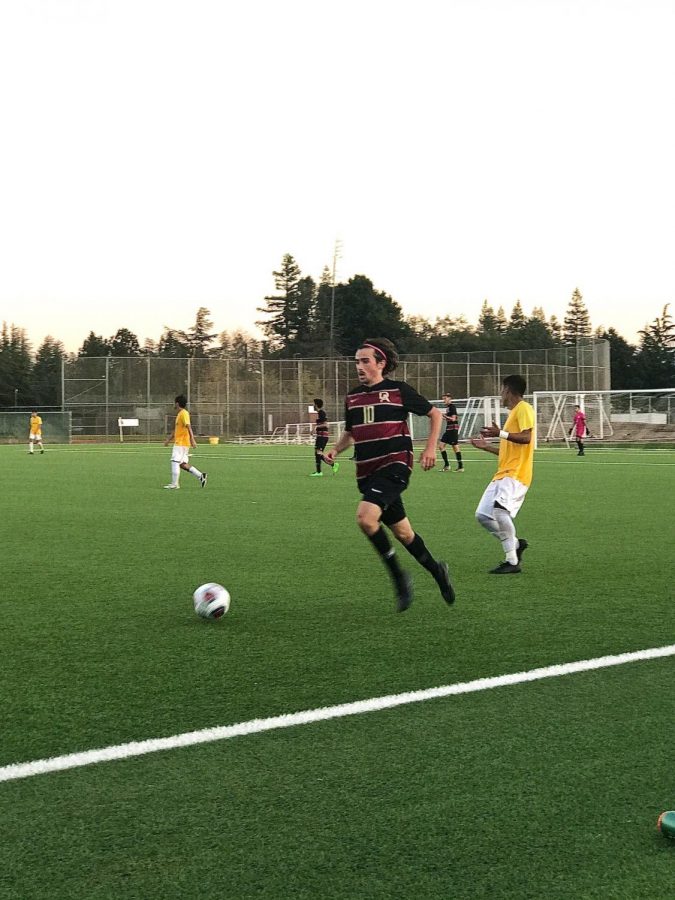 The De Anza College men’s soccer team scored a final goal to defeat Cañada College on Nov. 15, winning the coastal conference championship with a score of 1-0.

De Anza started their last game of this season in a nervous atmosphere.

“I basically explained to them you need to come down, and play the way that they play,” said head coach Rusty Johnson. “Our first half had some positives and negatives.”

Johnson said the team started slow and focused on passes.

Both De Anza and Cañada continued to miss scoring. They carried the same type of play over into the second half.

Daniel Whitworth, 20, communication major said, “That was really close in the first half. We kept going back and forth but both teams kept falling short.”

After the second half started, the audience started to get excited as several players had many chances to score.

De Anza tried to move the ball and attacked more towards the end of the game. Things started looking better when Toma Isozumi, 19, business major scored one goal in the final minutes of the game.

“I don’t remember the moment well, but after it happened was crazy,” said Isozumi. “We didn’t win at some points of the year, but we fixed our problems and improved our playing style.”