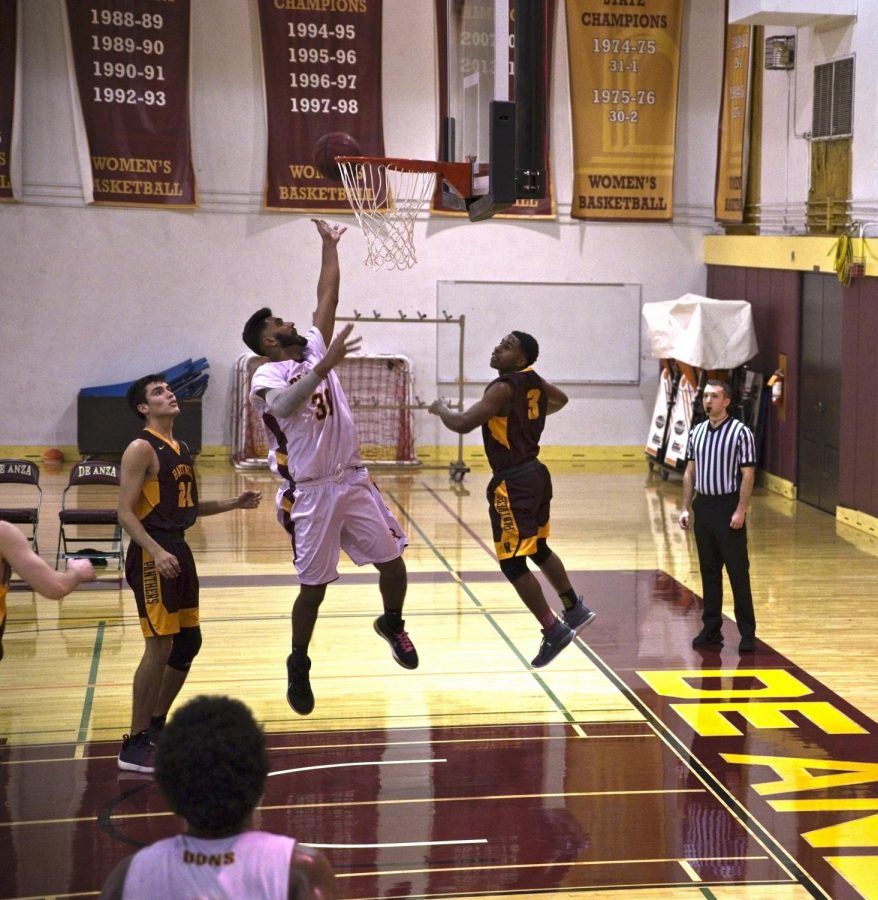 De Anza College’s men’s basketball team concluded their season on Feb. 22 with an overall score of 11-17 and several individual accolades.

Head coach Jason Damjanovic said the team made improvements individually and collectively, also adding that several players stepped up to lead, including some freshmen.

Ajay Singh, 20, finance major, was one such player over the season.

“He will go down as one of the best men’s basketball players in De Anza College history,” said Damjanovic.

Singh achieved All Conference First Team, an all state nomination, and ranked top in field goals and second in points across the state.

Singh is transferring after the spring quarter and said he plans to continue his basketball career.

“I want to maximize my potential,” said Singh. “I still have a lot of improvements to make.”

Singh said he enjoyed the season and “cherished every moment,” regardless of the losses.

Davis placed in the All Conference Second Team and Simpkins received an honorable mention as a freshman, also tying the De Anza record for three pointers in a game this season.

The team experienced a few injuries earlier in the season and lost two players, one being ineligible, which ultimately affected their lineup. The final team consisted of only 11 players.

The team ranks 3-9 in conference.

However, the team managed to end off the season with a strong 93-89 victory against Hartnell College on Feb. 22.

Despite the setbacks, Damjanovic said the team put in their best effort and pushed through the season.

“I walk away from the season very positively,” said Damjanovic.

There will be few returning players next season, but the top performing freshmen will look to carry the team.