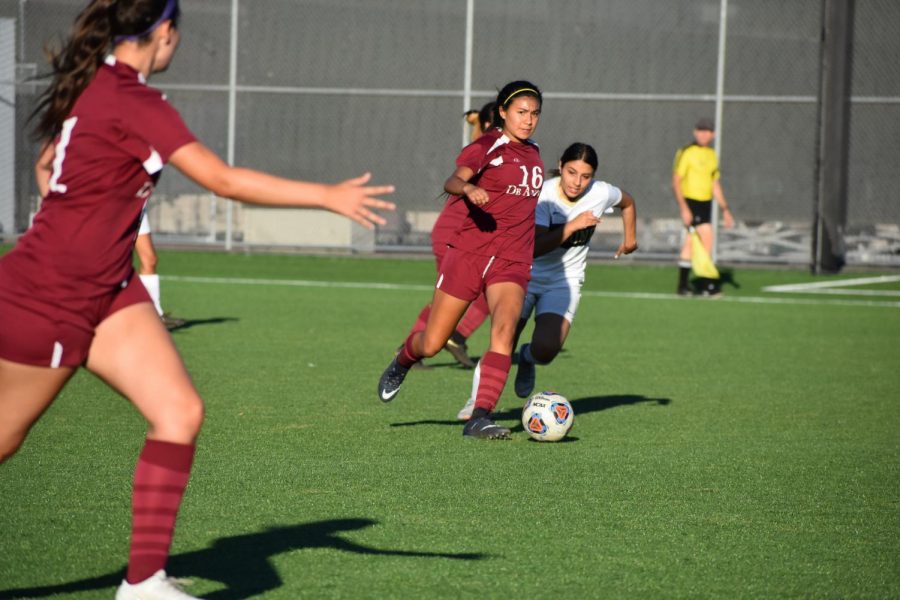 No. 16, Kaylyn Emperador, defense, works with hear team to go for the goal.

De Anza College women’s soccer team came out victorious in a 1-0 win against Ohlone College on Friday, Oct. 12. In the first half, De Anza played a tough and stout defense as they kept Ohlone at bay.  This was a complete game for De Anza as its offense played well.

“We played to our fullest and we played our best,” said Sabrina Marquez, 17, child development major.

In the second half, De Anza scored its only goal to go up against Ohlone. The game got close, as Ohlone had chances to score during the final minutes of extra time to tie, but De Anza defense made a stop to end the hopes of Ohlone chance to tie.

This was a grueling victory for De Anza, but coach Cheryl Owiesny was satisfied with the results.

“Our performance was gutsy, but a win has to have some guts and perseverance,” Owiesny said.

De Anza improved their overall to a record of 4-9 as they look to keep this positive momentum going.

“We need to practice like we play, making sure we show up to practice ready to play,” said Kelly Sawyer, 18, business administration major.