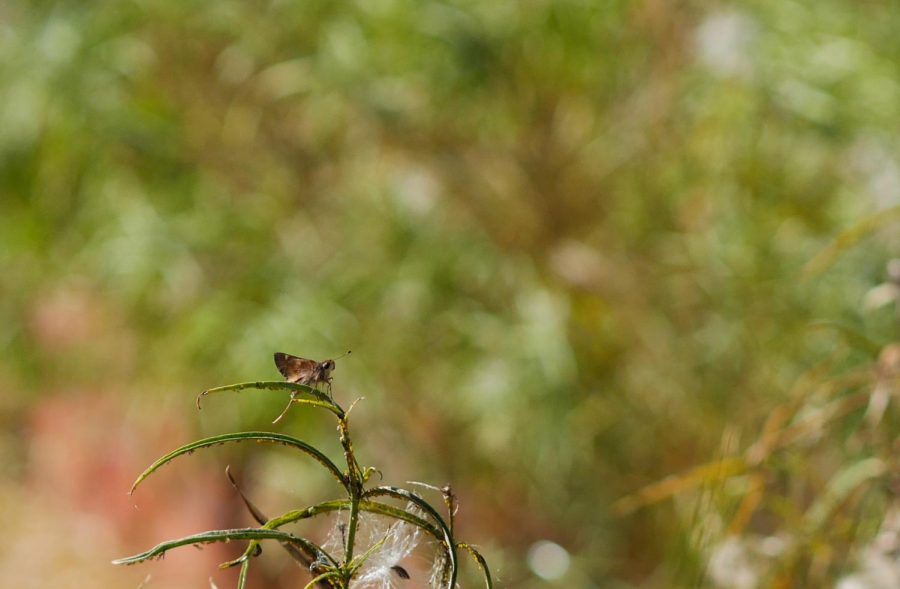 A butterfly lands on a plant in the garden.

My Do, Staff Reporter

In summer 2018, De Anza’s Monarch Butterfly Garden released into the wild 14 adult monarch butterflies, after saving and nurturing over 100 eggs from the milkweed plants. Data collected by the project team shows that this year’s survival rate decreased significantly compared to the previous year’s of roughly 50 percent.

Launched in 2016 to provide a safe breeding ground for these endangered insects, for the past two years the project has been observing and collecting data on monarchs metamorphosis.

The garden also offers talks and tours to De Anza students and the larger community. A more ambitious goal is to produce a report that gives people clues on how to increase the survival rate of young larvae.

Monarch butterflies are an important subject for the study of environment and life science, because the species exhibits one of the most highly evolved migration patterns among insects. However, according to the National Wildlife Federation, over the past 20 years their population has declined to a dangerously low level.

“Students have really been the core of this project,”  Kate Matthews, 28, environmental science major, said.

Matthews has been working on the garden since its inception. However, with high turnover rate, it has been a challenge to recruit and train student workers to keep the project going. As Matthews plans to graduate in the spring, she is hoping to enlist a new batch of students from the department to continue the work.

“To be involved in something like this at a community college is pretty unusual,” Matthew said.