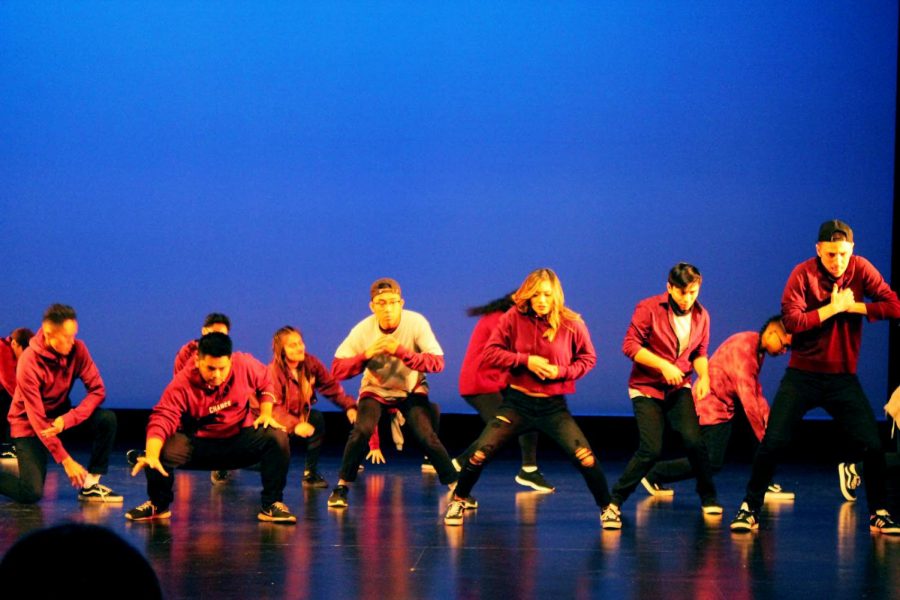 The workshop class finalizes the DA Dance Demonstration with a bang on March 22 at the Visual & Performing Arts Center at De Anza College.

“Take a dance class and save your life,” dance instructor Warren Lucas implored the audience at the DA Dance Demonstration held on Thursday, March 22 at De Anza Collge.

What started off gently with a ballet performance soon turned into a highly energetic show. Contemporary, salsa, freestyle and jazz performances wowed, with hip-hop ended the show with a bang.

“I look forward to this every year. I’m really glad they do these because it’s really inspiring,” said audience member and former De Anza College student Maria Espinoza who said she’s seen the show five or six times.

As the night went on, it became more and more clear just what the hosts meant by “Save your life.” A liveliness and energy could be seen in the performers, the kind of feeling you might say you live for.

After the show, Lucas explained that not only do the demonstrations help raise awareness for the De Anza dance community, but they also give students a chance to perform in public to see if they like it.

But even though many dancers said the performance was one of their better ones, the De Anza dance community is in trouble. Four dance classes might be cancelled because of low enrollment.

Former De Anza dance club president Arthur Arboleda, 23, English major, weighed in on the future of the dance club, saying, “It’s very uncertain. I’ve been here for like two or three years. I’ve seen what kind of drives away students and what brings them back and I want to say the answer is always love and affection.”

Arboleda said he and his colleagues do their best to create a loving and attentive environment for their students.

Organizers implored the audience to enroll in the dance workshop class in particular, mentioning its course number for spring quarter, CRN 44582, multiple times.

Arianna Perez, 20, early childhood education major and current De Anza dance class president, said what she loves about the class: “It is student-produced, so under the watch of our class professor Warren Lucas, we have student leadership.”

She said the ultimate goal of the class is to provide a loving environment for fellow dancers to grow; not just as dancers, but as people.

Arboleda wrapped with a message to the community, saying “It is never too late to take a dance class. You’re never too old and we’re never going to exclude you.”